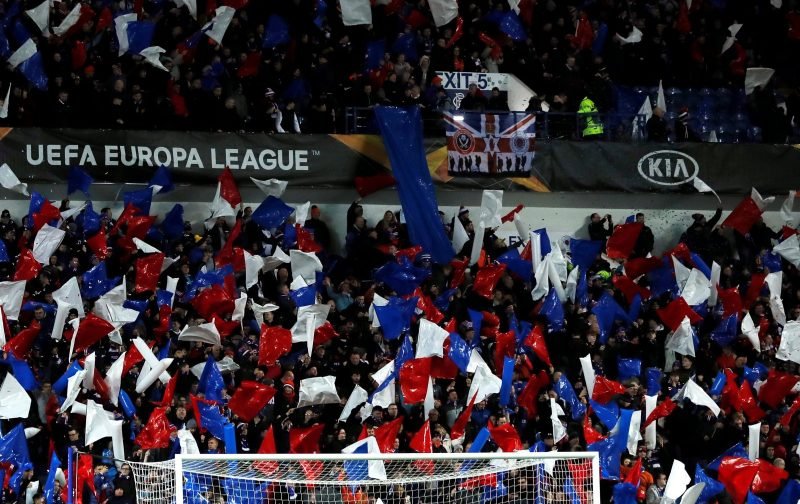 The man in the middle on Thursday evening at Ibrox leads a delegation of match officials from Poland.

Paweł Raczkowski is the referee for the Last 32, second leg clash between Rangers and Royal Antwerp – kick of scheduled for 5.55pm

Amazingly, Raczkowski has dished out a rapid 21 yellow cards across the three Europa League ties and one Champions League game that he has presided over, in the big two Euro competitions this season.

He featured in Liverpool’s 2-0 victory at home to Midtjylland in October and amongst the Europa League games he has been involved in this term, he was on duty for Spurs entertaining 3-3 draw in Austria against LASK in December.

The 37-year old ref will be assisted by his compatriot team – consisting of linesmen Radosław Siejka and Adam Kupsik.

The VAR official will be Pawel Gil with his assistant, Tomasz Kwiatkowski.

Also on the touchline will be the fourth official Piotr Lasyk who completes the UEFA line-up of officials for the big game.

Given the questionable performance of the Bulgarian referee Georgi Kabakov in the game in Belgium last week, the club and fans will certainly be hoping for a much better arbiter this time.

Kabakov was a major talking point in the Gers thrilling 4-3 win last week,  in a very underwhelming performance from the official.