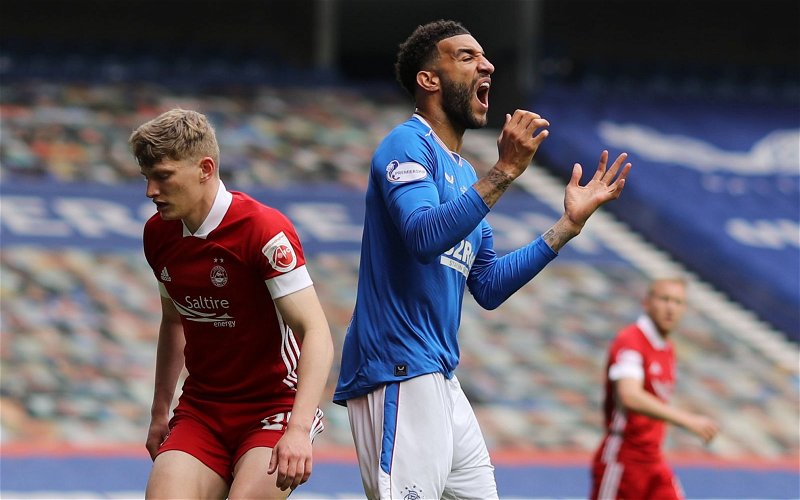 With recent speculation on the future of Connor Goldson, the matter was raised again by the media at today’s press conference with Steven Gerrard.

The manager was honest and upfront in terms of his analysis of the situation and whilst he didn’t make any bold or defining statements, his lack of optimism on the prospects of holding on to the Englishman was very apparant.

This matter was featured yesterday by VitalRangers, following the remarks that came directly from Goldson in regard to his contract status.

As carried by RangersTV, above, Gerrard said the following:

“He’s a big boy, Ross Wilson’s office is next to mine. Connor knows what I think of him from a personal point of view and how much I want him to stay here.”

“At the same time, we have to concentrate on the football and for Connor to keep playing as he is, I though he was magnificient again last night”

There was some further verbal jostling in terms of what is the delay or the impasse and if it is at Goldson’s end but realistically there is only so much that Gerrard can say in public.

An offer, and a very good one, will have been made to the player.

Goldson has served Rangers well over the course of his contract and if he is to leave on a Bosman, he can walk away with his head held high – hopefully that will be as a double title winner.

For now, it’s not quite done but it is clear that the player and his agent will be assessing his options, including a probable return to the Premier League and a significant contract which will be the last ‘big’ contract of his career.

The most important thing is that Goldson’s focus and stature on the pitch remains, the rest will take care of itself.

With the likes of Aribo, Sakala, Arfield etc, all coming in to the club to Rangers benefit after running down their contracts elsewhere, sometimes the opposite will apply as disappointing as it is.