‘No thanks’, ‘He’d do a job’ – What Rangers fans are saying about one of this week’s rumours 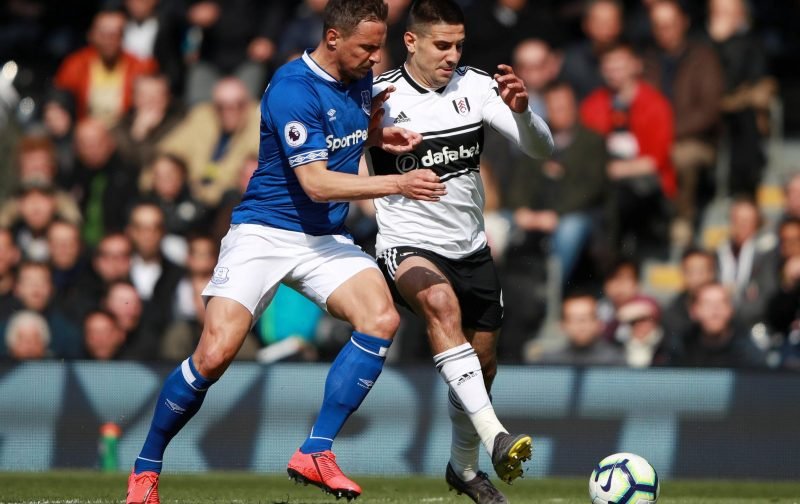 Rangers fans have given a mixed response on the prospect of Phil Jagielka moving to Ibrox this summer.

Website Football Insider reported on Friday that Steven Gerrard was keen on adding the English Premier League veteran to his defensive line in the upcoming transfer window.

Jagielka’s future at Everton is uncertain with his current deal at Goodison Park set to expire and no decision made yet on whether they will look to keep him next season.

A long, successful career and the ability to still play at a high level makes him a prime candidate to add the experience and quality Gerrard needs next year, with the defence seen as a big priority for most fans.

Some though aren’t convinced, feeling he is just that little bit too old to be an effective centre half at Ibrox.

Just heard rangers want too sign phil jagielka from everton. I think he'd do a job for us. Just like davie weir did.

Jagielka? No thanks. After a season i hope Gerrard doesn't think that sort of signing is what we need.

I think defence is the reason we gave them the title. Sorting out defence priority but not sure Jagielka is the answer?

Not for me at all meant to be building not demolishing

Clint Hill, Davie Weir, Richard Gough…….an old experienced centre half, maybe not starting but in the room with Katic, Goldson etc may be exactly what we need. McAuley has barely played bit by all accounts his experience and leadership have been vital

Jagielka & Sturridge ? I’m going to hazard a guess we’re after neither. #RFC

I'm seeing we're being linked with Phil Jagielka. Never really been a huge fan of his tbh

Would you take Phil Jagielka at Rangers this summer? Share your thoughts in the comments below…