No Patterson, no party as Rangers man delivers the quality to put Scotland on the brink 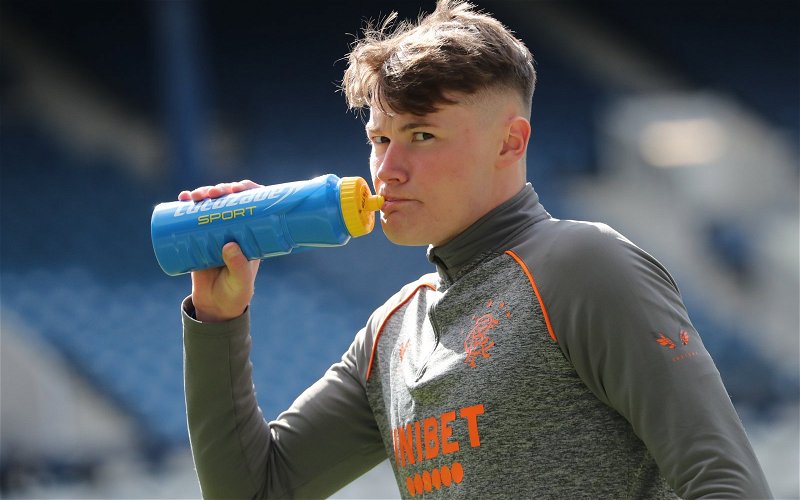 Rangers marauding full-back Nathan Patterson was kept on the bench by Steve Clarke tonight, with Scotland needing to get a result against the Faroe Islands.

With less than 10 minutes left to play, Patterson was introduced and moments later his quality was evidenced again, providing the catalyst to secure the winning goal for the Scots.

Clarke’s men have now made a massive march towards a playoff spot for World Cup qualification as they now only need a maximum of three points from the two remaining games to secure second place in Group F.

It was Lyndon Dykes who got the credit for the goal in the 1-0 victory over the Faroes in Torshavn.

Patterson’s cross into the danger zone, between the posts, was first touched by a defender – followed up by a ricochet off QPR man Dykes.

The 19-year old supplied the quality when it really mattered, coming to the rescue for Clarke – who again received criticism for another lacklustre display, despite the players cuurently at his disposal.

Tonight gives another boost to the soaring reputation of Auchenhowie graduate Patterson and it is likely that Rangers resolve will be further tested in January by interested parties.

The build up to Dykes goal might not be credited as an assist for Patterson, officially, but he nor anyone in the Scotland camp will care, another win was secured and now the job can be finished in Moldova, next month.

Steven Gerrard now has a headache, yet again, ahead of the visit of Hearts to Ibrox on Saturday.