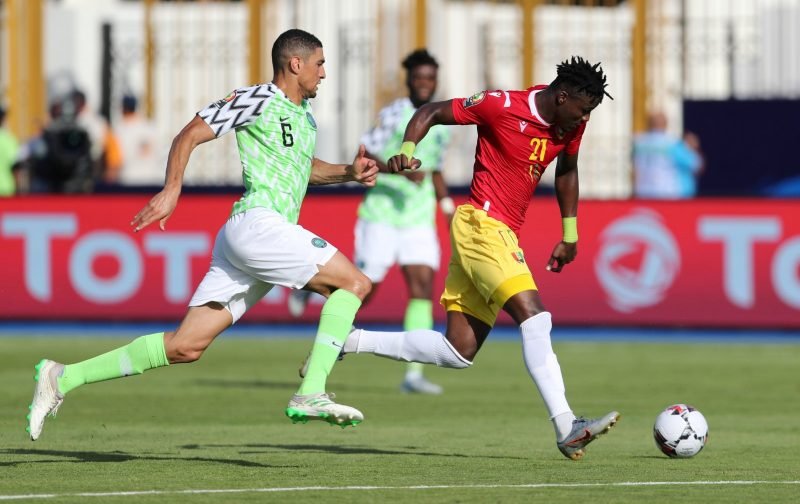 In the upcoming international break next month, Rangers pair Joe Aribo and Leon Balogun are said to be about to encounter something they have never seen before.

Nigeria manager Gernot Rohr has been speaking about plans for his team’s scheduled double-header.

The Super Eagles are set to face an away tie against Benin, followed up with a home game against Lesotho, both of which are African Cup of Nations qualifiers.

The German boss was speaking specifically about the Lesotho game, which will take place in Nigeria’s largest city, Lagos – the first time in a decade that it has hosted the national team.

This was confirmed by Rohr, as reported by Foot365

“Yes, it’s official. We will play in Lagos against Lesotho on March 30, for the sixth and final day of qualifying for the next African Cup of Nations.”

“It will probably be in an empty stadium, teams are working on the lawn. I inspected it all.”

“The traffic in Lagos is terrible, but we are promised an escort between our hotel and the stadium, or even to close the road to allow us to avoid traffic jams.”

“The other day, I took an hour to make the trip. It’s a bit much before a game.”

Rohr continued, “The idea of ​​playing in Lagos is good for the players.”

“Some do not know this city at all, this is the case of Leon Balogun, like Aribo or others, who were born in Europe.”

“They will discover this crazy city, with 19 million inhabitants.”

“It is important that we have security, escorts to move around and a good lawn to play. We are working on all these aspects.”

The location appears to have been selected due to its proximity to Benin, directly across the border.

Steven Gerrard will be monitoring the situation with two of his players and further information from the coach makes the overall plan seem somewhat precarious:

“We will be very close to Benin. We risk making the trip to Cotonou, where we play our match on 27th March, by boat, because the road is not good and the crossing only lasts two hours.”

Nigeria currently top Group L, for Afcon qualification, sitting one point ahead of Benin and five in front of third placed Sierra Leone, with Lesotho in last place on two points.