“Must be sick”, “Head in his hands”, “Stupid” – Gers left in lurch as fans hammer party boy 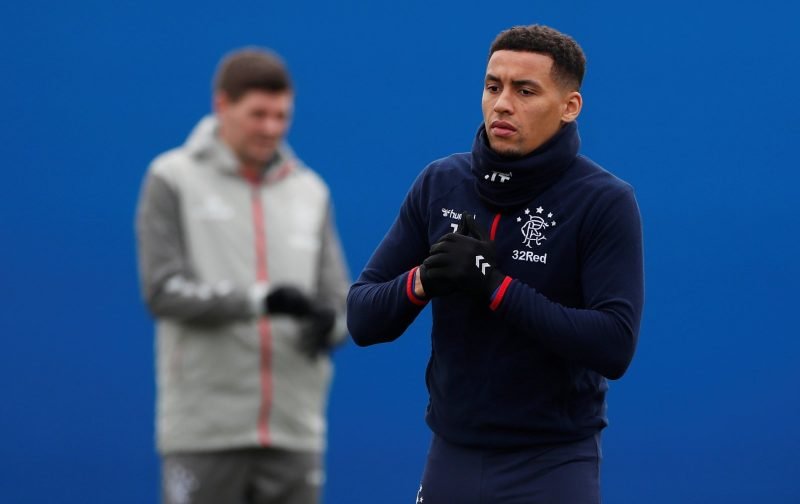 There would be one Rangers minded individual watching the dramatic 4-3 win over Royal Antwerp with more than a sense that his ears were burning, his eyes would’ve been too if he was paying any attention to social media.

When James Tavernier went down injured mid-way through the first half and ultimately had to be replaced by Leon Balogun, the Scotland youth cap’s name was right at the top of the list of trending subjects on Twitter – but for a night in with his mates he would’ve been coming on to play in a massive European tie and probably a raft of key domestic fixtures too.

Now, he faces the very real prospect of not even getting a league winners medal at the end of the season and there will be few that have any sympathy for him.

Just as things had started to die down Rangers fans took to Twitter to remind Patterson that it will be a long time before he is forgiven and just how much his decision has cost him:

Nathan patterson must be sick tae his stomach now. Missing out oan this opportunity fur the sake o a hoose party

Nathan Patterson is sick right now. If he didn’t realise the severity of his mistake, he does now.

Nathan Patterson you must be gutted son

Nathan Patterson’s dad has just got up at half time during the half-time adverts to go into the kitchen to get another can and flung the remote control at him across the room.

Nathan Patterson must sick as a dog just now.

Hope the party was worth it.

Tavernier will be a huge loss. What do we do? Who do we go with? Nathan Patterson must have his head in his hands right now.

Nathan Patterson has blown a huge opportunity, if thats not a lesson to ALL footballers that their career could be turned upside down for selfish acts at a time we are all making sacrifices then I dont know what is.

That Steven Gerrard has hinted at Rangers having to go into the free agent market to potentially sign someone should fill Patterson with even more dread, that one-to-one with the boss just got an awful lot more intense.