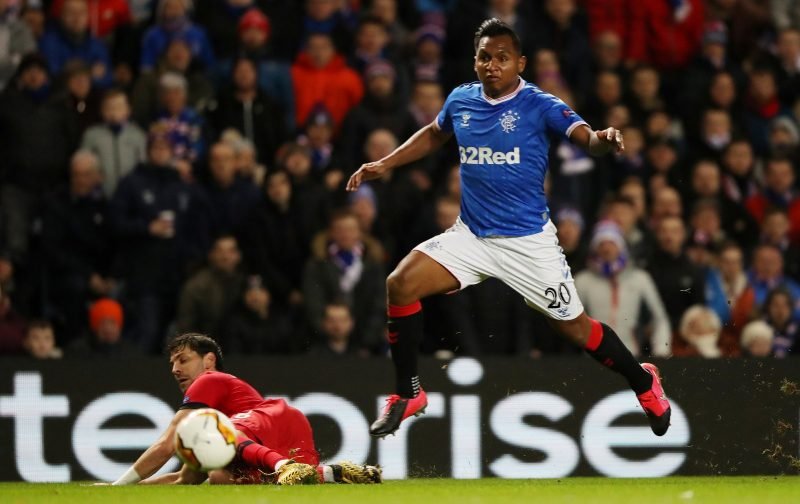 Details surrounding the potential transfer of Alfredo Morelos to Lille has emerged with The Athletic’s Jordan Campbell reporting that a fee of £13million plus add-ons had been offered – and rejected – by Rangers.

Rangers striker Alfredo Morelos wants to join Lille, but the clubs are some way apart on agreeing a fee, @TheAthleticUK understands.

A sum of around £13m + bonuses has been deemed not enough.

The Colombian international was the subject of intense speculation on Sunday with RCN via Get French Football News claiming that he had agreed personal terms with the Ligue 1 side.

Campbell claims that the striker wants to move to France, however, there are no negotiations currently taking place:

“It is believed Rangers have rejected an offer in the region of £13 million plus bonuses and discussions are not currently active.

“The Colombian striker has been in Glasgow for the last three seasons, but it is understood he has told Lille he wants to join them this summer.”

Morelos has made no secret of his desire to one day play with a club in Europe’s top leagues and Lille, who finished fourth, who might not be considered a bigger team than Rangers, but certainly puts him in the shop window for some of the continent’s best sides.

Steven Gerrard’s number 20, despite only scoring once in pre-season – a penalty against Hamilton – has had a solid start to preparations for the new campaign being involved in a lot of good build up play featuring Ianis Hagi, Ryan Kent and Joe Aribo – assisting the latter in the 2-0 friendly win over Coventry City at the weekend.

Rangers would have been unlikely to sell their star man immediately, even if terms had been agreed, with Gerrard having no available strikers other than Morelos ahead of the season opener against Aberdeen at Pittodrie next week.

Speculation will now increase over the coming days as the Gers look to (potentially) replace a player that has scored 59 goals over the last two seasons, Ross Wilson now faces his toughest task since his arrival at Ibrox and all eyes will be on the Sporting Director to see if he can produce a similar deal to the one that saw Ianis Hagi arrive in January.