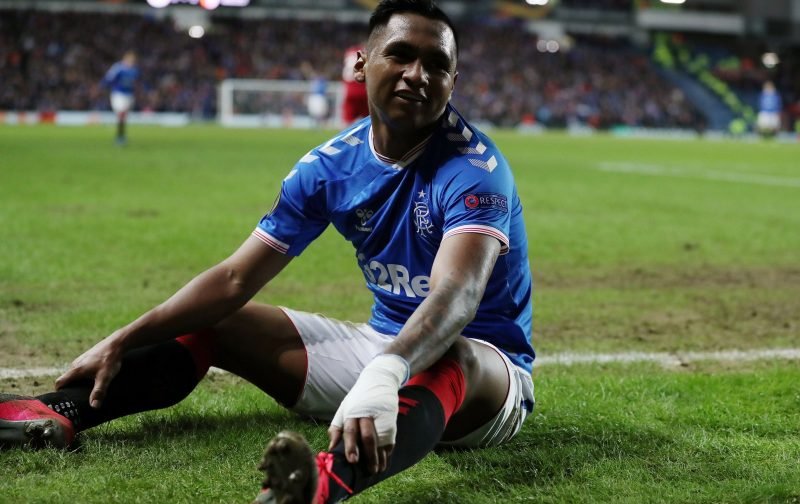 In yet another display of the shambolic way in which the disciplinary process is handled in Scotland, Dundee United’s Ryan Edwards will receive no further punishment for his knee high tackle on Alfredo Morelos that saw the Colombian international stretchered off during Saturday’s 4-0 win.

The Glasgow Times reports that in accordance with the SFA’s procedures because the match officials didn’t have a restricted view of the incident and request to review it and because three former referees couldn’t unanimously agree that it was a red card, the matter is considered closed.

Infuriatingly for Rangers fans, Ryan Jack was suspended in 2017 for a near identical challenge with Stevie May except he didn’t raise his foot anywhere near as high and he had less time to react, in that instance, an appeal was turned down because of the risk of injury to the opponent caused by the force of the tackle.

In an almost mirror image of the SFA’s hypocrisy, Declan Gallagher – the former Premier League referee – was also scathing of Jack’s tackle at the time, agreeing that it should be a red card whilst claiming that, despite Morelos getting injured, Edwards should not be punished just because he caught the Colombian.

This is just the latest in a long line of refereeing decisions that have gone against Steven Gerrard’s side, on and off the pitch, and when you consider that Daniel Candeias got sent off for blowing a kiss (and had appeal rejected) it makes it even more ridiculous.

Should Edwards have been sent off? 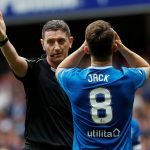 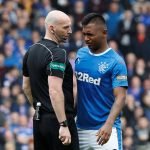 Failing to protect all, not just Rangers players, has a hugely detrimental affect on the game in Scotland, for too long “hammer throwers” have been given a free reign to boot more talented individuals all over the pitch without punishment, whilst a player like Morelos – who has never committed a tackle similar to the one he was a victim of – is made out to be a thug or a head case, until this changes, drawing 1-1 with the likes of Israel will continue to be the norm for a country languishing in European football’s lower echelons.