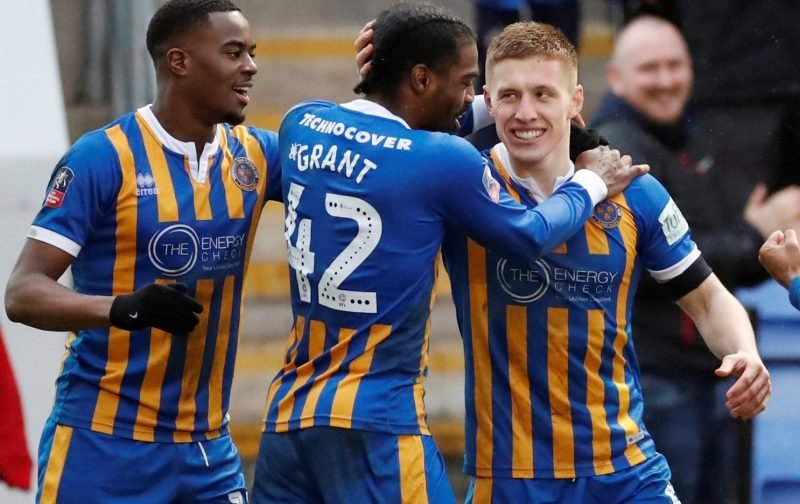 On loan Rangers midfielder Greg Docherty is hoping he will impress manager Steven Gerrard while contributing to Shrewsbury Town.

The 22-year-old hit the headlines at the weekend after scoring in the League One side’s FA Cup draw against English Premier League side Wolves.

Rangers fans are delighted with his progress out on loan and are keen to see what he can offer on his return at the end of the season.

Docherty spoke after the match about recent chats with Gerrard and how the loan is in service of his development as a player.

As quoted by The Evening Times, the midfielder said:

I’ve spoken to him [Gerrard] and he wants me to keep on improving. He’s happy with how things are progressing and goals are a crucial thing in that.

Right now I’m purely focused on helping us. If I can contribute on a personal level then that’ll be great.

He said ‘games are the most important thing’ and they are, for me at this stage of my career. I need to keep playing and racking up games, it’s the most I’ve ever played in a season.

Docherty has made 32 appearances for the Shrews already this season and still has plenty of league action left. That kind of schedule is of course going to help him learn his role better, especially since he is contributing so much both defensively and in attack.

He’s scored eight goals and assisted eight times so far this term, demonstrating the kind of impact he could have at Ibrox if given a run in the team.

Can he prove to Gerrard he is worth starting when he re-joins the squad in pre-season?