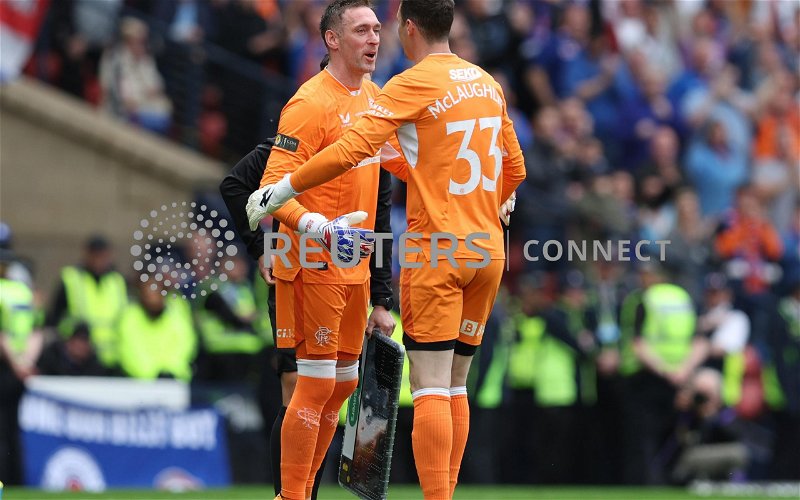 The definition of what Allan McGregor’s role will be at Rangers next season will have a huge role to play in comforting fans who are unhappy about re-signing a player who will be 41-years old halfway through and who has shown signs of decay to his previously supernatural powers.

Speaking after the announcement, Giovanni van Bronckhorst has revealed why the former Scotland number one has been given another year despite an emotional Scottish Cup final appearance seeming to many as if it was a final farewell, as reported The Rangers Review:

“Allan brings us invaluable experience and leadership both on and off the pitch, and I am really pleased he has chosen to stay with us for another year.

“I have been really impressed with the positive influence he has on our players, and also the dedication he has shown to still be a valuable asset for us in a playing-sense at the age of 40.

“I feel it is important to have players in our dressing room who really understand the club, and Allan certainly is one of them.”

When Steven Davis and Scott Arfield were given contract extensions it felt as though their experience and leadership were key, however, adding McGregor to the group has raised a few eyebrows despite his status as one of, if not the, best keeper in the club’s history.

What is interesting though is that Gio talks mainly about his off-field importance rather than contribution on the park which suggests that he could be used in more of a back-up role to Jon McLaughlin next season, it’s certainly safe to assume that we won’t be signing any new keepers though with two of international quality in the squad and Robby McCrorie also proving that he can be trusted.