The £4m Croatian international striker that could be back on Rangers radar, no fee needed

It is always easier to build from a position of strength and Ross Wilson will be spending most of is time looking for cost efficient options to maintain, and improve, the standard of Steven Gerrard’s squad.

With Alfredo Morelos more than likely to leave and Jermain Defoe playing less and less, there will be room in the roster for at least one more striker and a name that could be back on the list is Marko Livaja.

The 27-year old Croatian international currently plays for AEK Athens but is out of contract in the summer, he has also only started 50% of their league games and is not expected to sign a new deal with the Greek side.

Rangers were reportedly interested in Livaja as far back as 2018, however, the time could now be right to move for the £4million rated striker who is capable of playing centrally or off the left-hand side of the attack.

What will Rangers do when Morelos leaves? 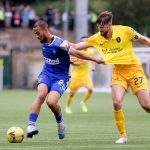 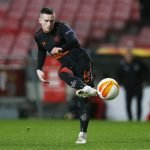 He has nearly a goal or assist every two games for AEK and also has experience of playing in Serie A with Inter Milan and Atalanta, and having played for his country at every age group since Under-15s, there is every chance that he and Borna Barisic will have played together at some point in their careers.

Wilson runs a tight ship now with regards to transfer rumours, but if the players we have been linked with so far are anything to go by, Livaja could well be one option that is being considered, should we decide to cash in on El Bufalo.