Luis Suarez responds to question of reunion with Steven Gerrard 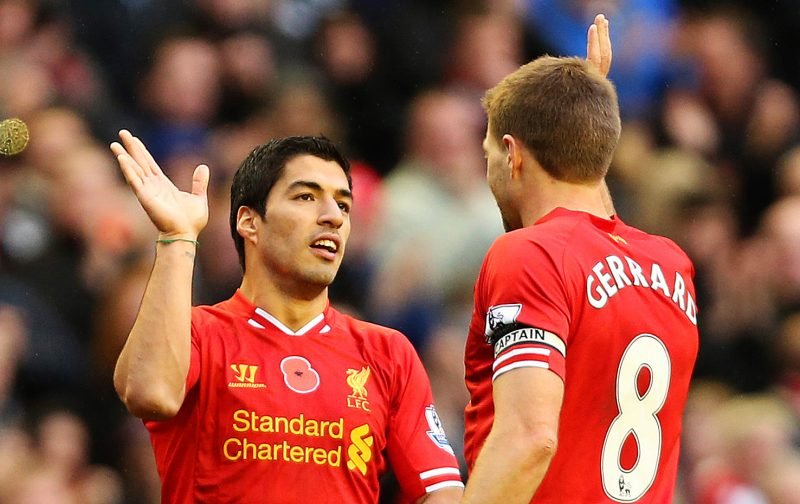 Luis Suarez, in Glasgow? For Rangers?

That was the question put to the Uruguyan marksman with the hook of a potential reunion with Steven Gerrard.

Unsurprisingly, the current La Liga champion played down any such suggestion but was very complimentary toward Rangers and especially, his former Anfield teammate.

Having been frozen out and effectively made an unwanted commodity at Barcelona, Suarez responded in the best way possible by linking up with Diego Simeone’s Atletico Madrid and playing a significant role in their title triumph.

After 21 goals in 32 appearances domestically in Spain, he is now with his national team and aiming for further success at the Copa America.

When asked by World Soccer Magazine, if he could see a move to the blue half of Glasgow on the horizon, Suarez diplomatically responded:

“I think Stevie is doing just fine without me!”

“I am pleased but not at all surprised to see him win the league with Rangers.”

“Winning is what he does and at some point in the future I am sure he will be at Liverpool again.”

Now 34, it would appear unlikely that Suarez will return to play in the UK and particularly in the Premier League.

With fond memories of his time on Merseyside, he stated that he doesn’t forsee himself in another team’s shirt:

“Playing for any team other than Liverpool in England would be hard.”

“I had, and hope I still do have, such a good relationship with Liverpool fans that it would be strange for me to play for somebody else.”

“It would have been special to win the league with Liverpool – but I am glad that their wait is now over.”