Liverpool Friendly update – It is not good news! 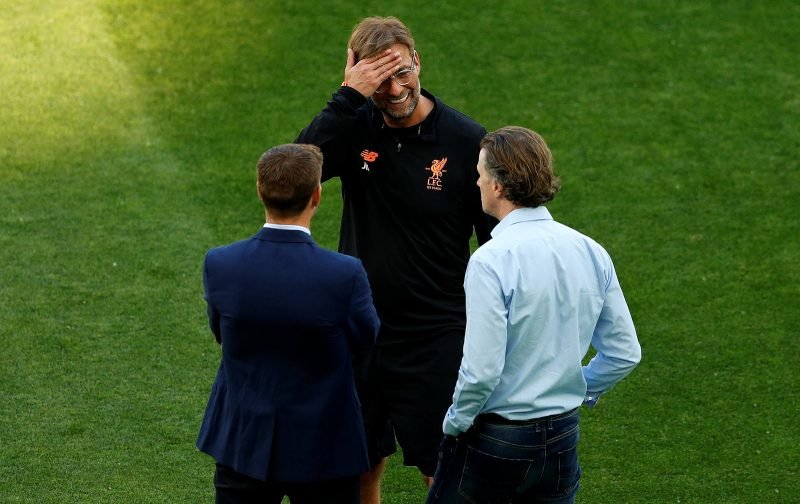 There was plenty of excitement abound yesterday, amongst the Rangers fanbase as news spread that the Scottish champions would be heading to Merseyside to take on Jurgen Klopp’s Reds.

A report came yesterday, from Liverpool fan site This Is Anfield  suggesting that an agreement was in place for the game to take place.

What a prospect that would be.

The return of Steven Gerrard to Anfield, seeking to put down a marker so to speak, with the backing of thousands of vociferous Rangers supporters in the Anfield Road end.

It would be as good as it gets for an away friendly game.

However, it appears that all is not as it seems.

This afternoon (9th June), an update from David Edgar on the Heart and Hand podcast, ‘Daily Update’ show appeared to quash reports of the match arrangement when he stated the following:

Given that H&H has a line of contact with the club, the rebuttal can be taken in good faith.

In our current situation with the pandemic and limits on crowds, at best this type of game would likely be home support only but it would be difficult to prevent fans travelling and the authorities would not be keen on thousands of Bears heading to Liverpool en masse, piling further doubt on the fixture.

We might just have to wait for the real thing in the upcoming Champions League!

As things stand, Rangers will host Arsenal on Saturday 17th July with further unconfirmed reports that Brighton will also be heading to Glasgow, one week later.

Fully confirmation on the club’s pre-season schedule should be clarified very soon.