“Lived our dreams”, “One of our own” – Gers fans emotional farewell to boy from the Copland Road 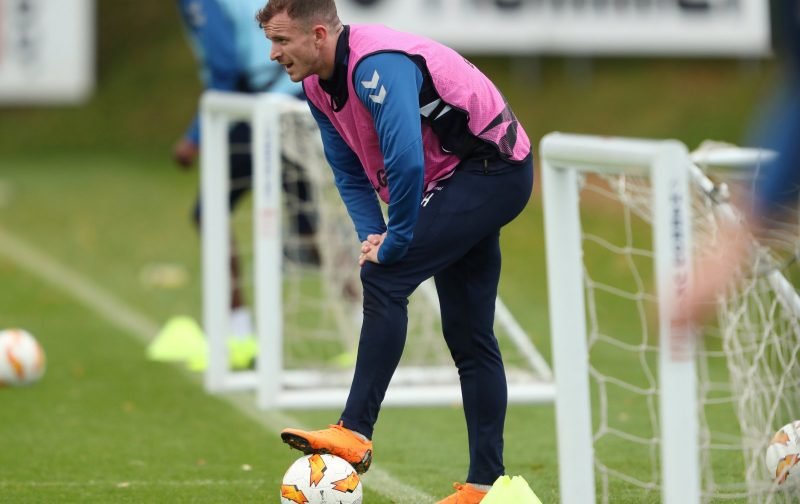 Rangers have released six players with their contracts due to expire at the end of the season and the management team deeming them surplus to requirements.

#RangersFC can confirm that Andy Halliday, Jon Flanagan and Wes Foderingham will depart from Ibrox upon expiry of their permanent contracts.

Of the six Light Blues players facing the exit door at Ibrox, Andy Halliday’s is likely to be the one hardest felt by fans as the boy who grew up a bluenose on the Copland Road sees his dream finally come to an end.

Despite making over 150 appearances for Rangers, Halliday’s time at the club will be tinged with regret, scoring in the 2016 Scottish Cup final with a spectacular long range effort to put his side 2-1 in front only to lose 3-2 after conceding two soft goals from set-pieces would be enough to ruin any Gers fan, the fact he was tasked with marking the man who scored the winner will have hit even harder.

He re-invented himself as a left-back under Steven Gerrard and although limited, rarely let his side down, his commitment and determination to succeed could never be questioned.

Fans of the Ibrox club took to Twitter to thank Halliday in particular for his efforts in the hope that he will be amongst them next season to watch their side finally lift title number 55.

couldn’t agree more, played, scored and captained the club we all love💙

Thank you for everything Andy, you lived the dream of each and every Rangers fan. 🇬🇧 pic.twitter.com/Kllw3k0Nbw

The heart and desire shown by Halliday saw him stay at the club longer than many would have predicted with Gerrard naming him as an “unofficial captain” despite only ever being a squad player during his tenure, if some of the more “talented” players had the same level of passion, the SPFL’s recent declaration could’ve been altogether different.