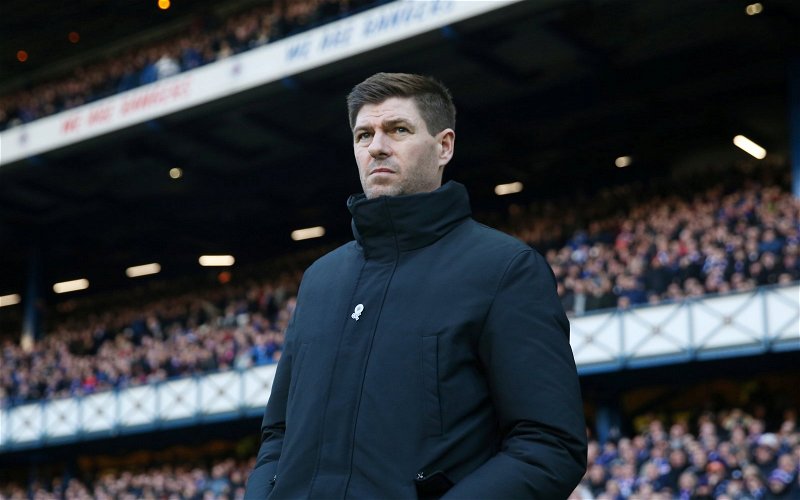 Following the 1-1 draw with Hearts on Saturday, the obvious reaction from most Rangers fans was one of frustration and disappointment.

I was the same tone that Steven Gerrard struck in the post-match press conference, albeit in a measured and constructive way.

It was clear to see that Rangers put in a much better performance, but they did not maintain the levels of the first half after the break and let a valuable three points slip away, with only themselves to blame as the chances came and went.

It was put to the manager if he was concerned (and if there is a confidence issue) with the champions having only registered 15 goals in the Premiership up to now and his response was telling, giving an impression that a more pointed demand will be given to his players for them to respond to.

“We know we’ve got the talent, we know we’ve got the ability, the players scored consistent goals last season, there’s Roofe, Morelos. Maybe we just need one, two or three of them to be that extra yard sharper when the chances come and to be a bit more ruthless, a bit more selfish just to kill teams off because we cant keep making around, 25, 26 chances and just scoring one goal, that is not enough.”

Not getting enough and not seizing the opportunity is exactly the issue at present – Rangers are just not convincing as things stand.

The only way to change that is to put a win of runs together and to strive for better, with consistency improving as a consequence.

The Gers now have a favourable run of league games as well as a Europa League double-header with Brondby, before the November internation break. What we need is leadership and key men taking responsibility, especially in both boxes where the difference is made.