Lean, mean Buffalo! – Check out the condition of Alfredo Morelos 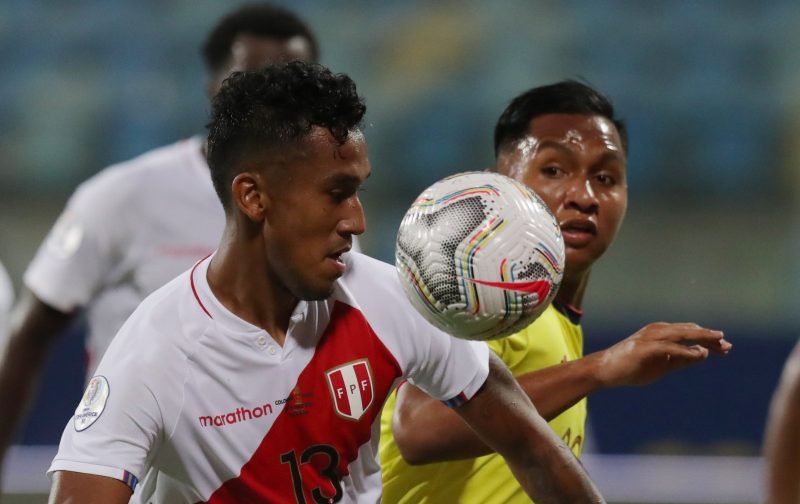 After recovering from a positive Covid test last month, Alfredo Morelos looks to have got himself into peak fitness, seemingly displaying an improved condition.

Images from Colombia’s Copa America training camp have displayed a lean, mean Buffalo – which will hopefully add to the sharpness and danger posed by the man from Cerete.

His condition appears much improved. pic.twitter.com/GAhcb3sJIA

In what has been disappointing tournament so far personally for Morelos, he has only been on the pitch for around 10 minutes across Los Cafereros’ four games so far – as  late sub against Peru.

Next up for Reinaldo Reina’s side is a quarter final tie against Uruguay on Saturday – 11pm UK time, live on BBC Online/Red Button

It appears unlikely that the Rangers man will be trusted to feature by the coach, having been largely overlooked so far.

Despite that, Morelos will still be determined to fully exploit any opportunity presented and hopefully he can do just that.

In their last outing, an improved Colombian performance was in vain as they failed to hold out against Brazil despite scoring the opener.

Morelos was left out of the squad in a game that was decided deep into added on time thanks to a strike from Liverpool’s Roberto Firminho.

A 2-1 outcome was decided, in controversy, as the ball had struck the referee in the build up – the official played on with the Brazilians taking full advantage – with Reina’s side standing still, expecting to hear the whistle.

The coach later added with some hesitation, “I think the situation with the referee distracted our players.”