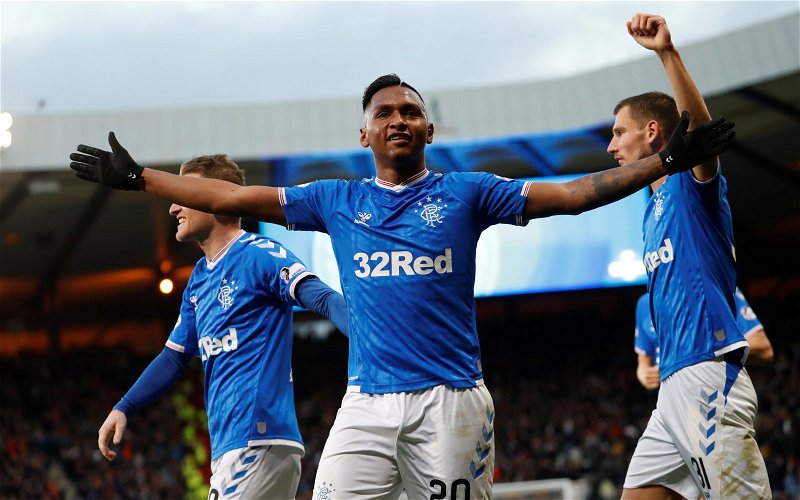 Rangers last appearance at Hampden was that bitter, disappointing loss to Celtic in the 19/20 League Cup Final but it was the previous appearance which saw the Gers record their last victory at the national stadium.

A similar outcome tomorrow would be very sufficient from just over two years ago on 3rd November 2019 when Rangers defeated Hearts 3-0, thanks to a brace from Alfredo Morelos and another strike from Fil Helander.

The pressure to get to the final this time is no different, following Steven Gerrard’s departure – regardless of the personnel, the Gers showing in both last season’s cups was far from adequate, especially during an all-conquering Premiership season.

Now, on the eve of Gio van Bronckhorst coming in as the new boss, the players know what they have to do to secure another Old Firm final following Celtic’s 1-0 victory over St Johnstone on Saturday evening.

Another incentive for a Rangers win on Sunday is the recent and not so recent record against Hins in cup competitions. As reported by The Scotsman:

“In their five previous semi-final meetings, Rangers’ only victory came in the first of them in the tournament’s inaugural season of 1946-47.”

“Remarkably, it’s 42 years since Rangers beat Hibs in any competition at the national stadium when they eventually emerged successfully from the twice-replayed Scottish Cup Final of 1979.”

That is grim reading!

Tomorrow’s team selection and performance will be very intriguing, the first of the post-Gerrard era – some players may come out of their shells a bit more, yet something of a hangover may linger.

Players like Tavernier and Morelos have witnessed upheaval and change recently at Ibrox, seasoned campaigners like McGregor and Davis have seen it all. Combined with the convincing win last time out against Ross County and before that against Motherwell, there are no excuses. This game is all about the result and booking a place in the final, one week before Christmas.

It’s what winning Rangers teams are all about, go and get the job done – this time that cup success is long overdue.