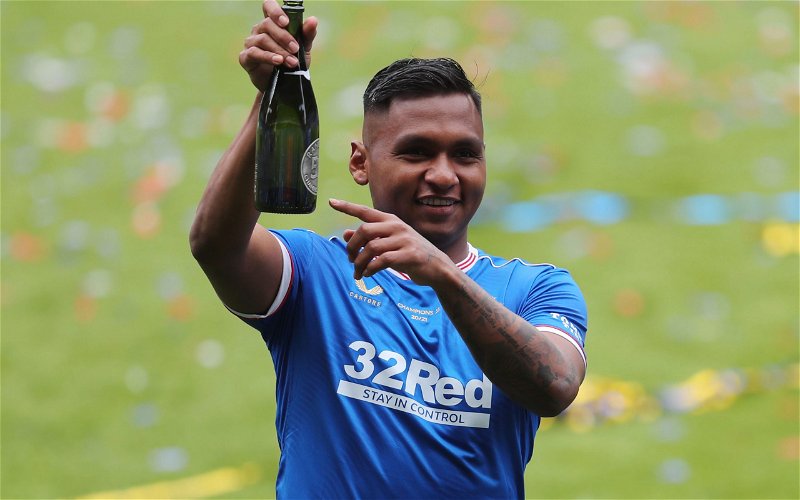 In his usual straight talking style, Kris Boyd has delivered a very matter of fact analysis of the situation around Alfredo Morelos’ Rangers future.

Over recent days, the question of a potential Ibrox exit for the Colombian international has arisen again with Sevilla said to be very interested.

That speculation is ongoing but sources close to Rangers are adamant that no bid has been lodged. As for Boyd, he quickly assessed the scenario with a mention of what has been said before, as told to Sky Sports:

“It has been every single transfer window since he has arrived that he is basically going to leave.”

“There will be a day that he does. Right now I think Rangers are in a good position. It is not a case that they have to sell. There is room there to go and negotiate with teams.”

“I’ve said it before, every player has a price tag. If someone wants to meet that valuation then I’m sure Rangers will speak about it.”

Time isn’t on Rangers side, in more ways than one regarding Morelos. Along with Ryan Kent and Joe Aribo, he is one of a key trio of first team assets now in their last 12 months, in contractual terms. That point won’t be lost on interested clubs as well as the player’s representatives. It will also have a bearing on any eventual price tag if a sale happens.

There is also the danger of a transfer in a pivotal period at Ibrox. Within a few weeks, the massive Champions League qualifiers will be on the horizon. To approach those games without the focal point of Rangers attack would be a significant handicap. The club will need to have a Plan B to go out and secure a replacement, if that unwanted situation was forced.

Time management and negotiations should avert that, but it’s a case of preparing for the eventualities. The player will get on with his business and responsibility as a Ranger in the meantime, but the likes of a Sevilla or similar prominent Spanish club could change things.