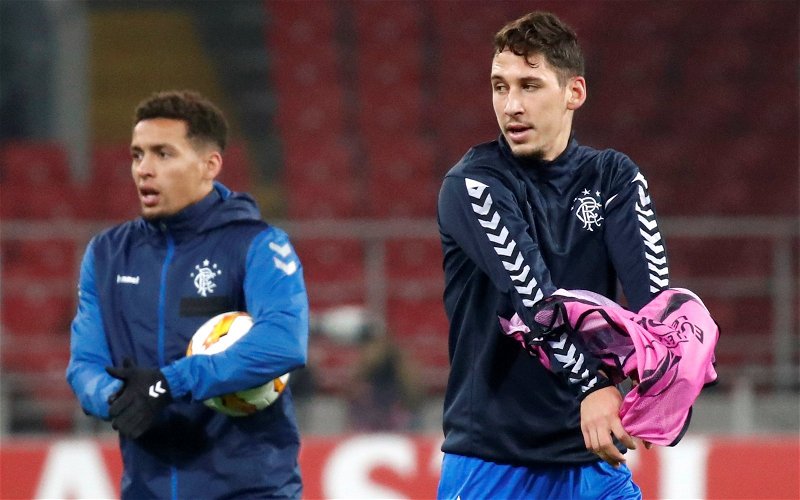 Over the last few days, Niko Katic scored his first goal since his injury comeback just one day before celebrating his 25th birthday.

Currently plying his trade with Hajduk Split, on loan, in his homeland, Katic was part of the team that travelled to face Zadar at the weekend.

The popular defender was amongst the goals in the friendly game, netting the second for his team with a typical header following a corner.

As he wheeled away to celebrate his goal, emotion got the better of him as a meaningful, personal momement was played out in the public eye.

It is a reward for the sheer hard work and dedication of a committed player, with hopefully a lot more to come.

Rangers are said to have a January recall option in the deal that saw their man head home temporarily, in order to get gametime and build up much needed match fitness, following his extensive injury lay-off.

Katic is known to have an ‘unfinished business’ attitude in terms of his Rangers career and has his heart set on winning back a place in Steven Gerrard’s first-team plans.

That could come sooner than expected, given the Gers defensve issues over the last few weeks with injuries of varying severity to Fil Helander, Connor Goldson as well as Leon Balogun who picked up a knock on international duty with Nigeria.

“Back scoring headers, life is great!” was the emphatic message posted by the powerful defender on his personal Instagram account.