“There has been interest” – Kamara reveals transfer focus 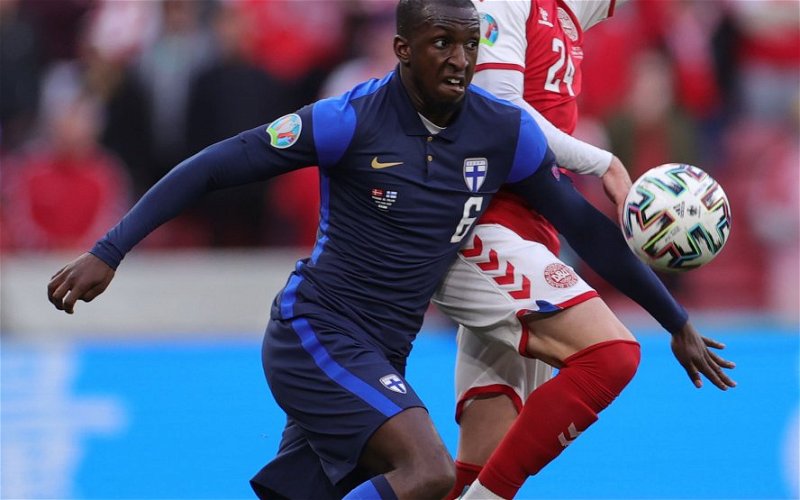 There is no doubt that Covid-19 had a dramatic effect on the transfer market, particularly at the end that Rangers normally do business in.

As normal, those at the top, despite being the most in debt, seemed untouched by the financial implications of the pandemic and continued to spend big, whilst others picked up players on pre-contract agreements and free transfers.

Rangers transition to a player trading model has been put on hold, both Stewart Robertson and Ross Wilson have spoken in the past about selling players but that they will only be sold at the right price, not because they have to be sold to fill any financial black hole or because directors need to have loans repaid.

One player who looked a shoe-in to be sold this summer was Glen Kamara who, after starring last season, went on to have an excellent European Championships, something that would have done his valuation not harm at all.

The Finland international has been speaking this week about the interest during the window and that, for all that clubs were sniffing about, nothing concrete ever came to fruition, as reported by The Scotsman:

“I know there has been interest from different leagues but my focus has always been on Rangers.

“Mostly I thought that if something happens, then it will happen. But nothing happened in the end.”

Kamara is a hugely influential player for Steven Gerrard both domestically and in European football, capable of breaking up play and linking up in attack, his second half performance against Celtic was pivotal in getting all three points.

Another successful Europa League campaign will only further serve to enhance his reputation and inflate his price-tag, our sporting director just needs to get him signed up to a new contract to make sure we get top dollar for one of our most valuable players when he does inevitably leave.