Gio could return for £4.5m Dutch cap he bought for Feyenoord now available for free 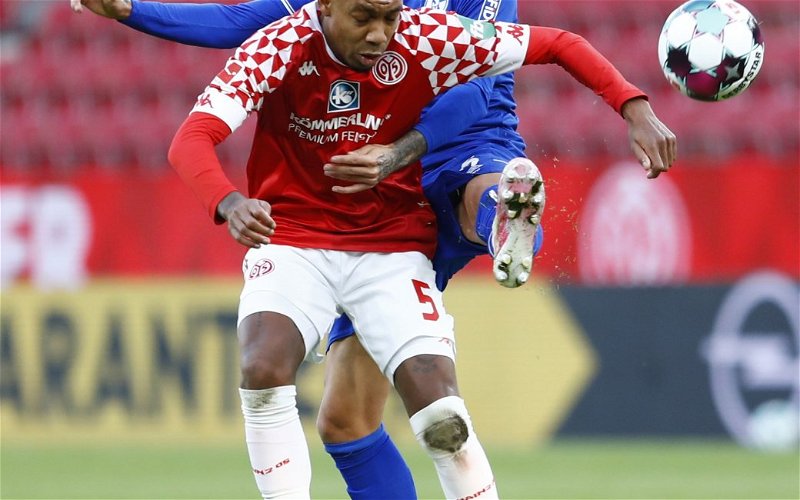 Managers, despite having different personalities and philosophies almost, always, share one thing in common – they love going back to an old club for a favourite player, or one that they know they can trust to play a certain role.

If Giovanni Van Bronckhorst is, as expected, appointed as the next Rangers manager, he only really has two clubs that he can go back to, however, in his time at Feyenoord he also worked in the youth set up – there could be plenty of potential targets that have now graduated to senior football that would want to be re-united with their old boss.

One such name is Jean-Paul Boëtius – currently valued at £4.5million – who came up through the ranks in Rotterdam only to be sold not long after making his breakthrough into the first-team, Van Bronckhorst re-signed him in 2017 but he moved on again to Mainz where he currently plays in the Bundesliga, he is, conveniently, out of contract in the summer.

The 27-year old is an attacking midfielder similar to the likes of Juninho Bacuna, Scott Arfield and Joe Aribo in that he can play in a midfield three or the front three depending on the tactics, this season though he has played predominantly in the deeper role with one appearance on the left of midfield.

Van Bronkhorst will know that he has a tight budget and Boëtius may be a cheap option that he knows can be trusted, with one cap for the Netherlands to his name and experience in the Belgian, Swiss, Dutch and German top flights, the Scottish Premiership would hold no fears.

With the January transfer window fast approaching, we will no doubt be planning already for next season and if Gio is confirmed as our new manager, expect a few more Dutch names than usual, only time will tell if Boëtius is one of those.