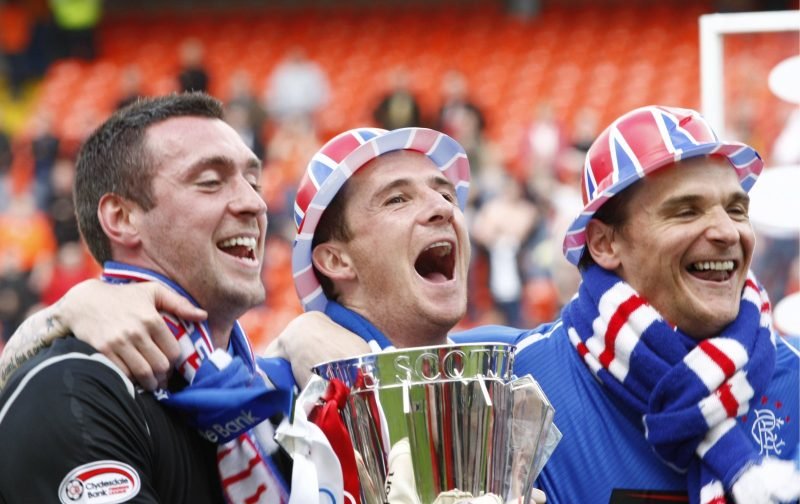 Full time from Parkhead, Celtic 1 Hibs 1. Rangers are 21 points clear at the top of the SPFL Premiership.

It was at that moment last night when a few more Rangers fans started to believe and others indulged at the thought of turning their dreams into reality.

Rangers Twitter was awash with the Bears celebrating Celtic’s dropped points in one of their games in hand which solidifies Steven Gerrard’s Gers position in charge.

It means that now, even if Celtic win their remaining three games in hand, Rangers would be in a commanding place with a steady 12 point gap between the Old Firm rivals.

Here is what some of the fans had to say about the possibility of painting Glasgow red, white and blue at the end of the campaign.

After the dreadful events on and off the pitch at Ibrox over the last nine years, who can blame them for getting a bit carried away…

I remember 9 in a row, both helicopter Sundays, reaching the final in Manchester in 08, but I'll tell you what when 55 comes it'll beat the lot of them.

Hope everyone buys utter nonsense for the party at the end of this. I’ve opted for a classic jester hat. https://t.co/KYUDWvGzao pic.twitter.com/7UrvdvFoN8

January and the group chats are taking orders for smokes, pyros, inflatables and party hats. What a time to be alive 😎