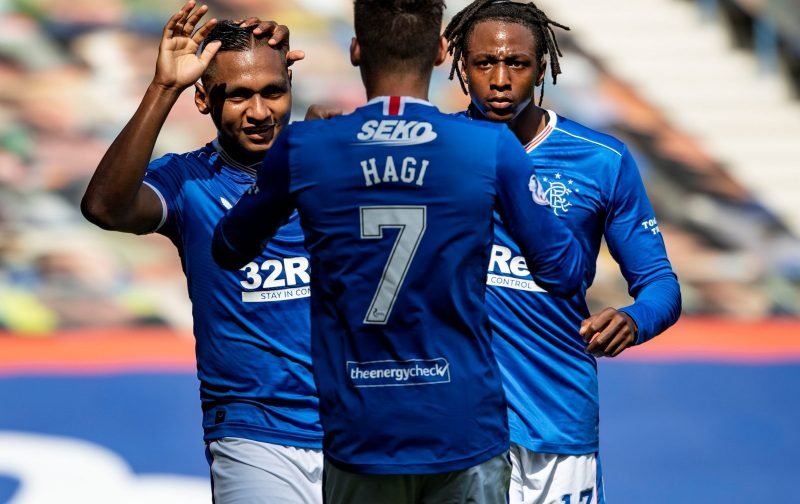 Ianis Hagi swapping passes with Lionel Messi is wishful thinking to Rangers fans but in reality, that is exactly what the Romanian star has been doing in his latest advertising feature for soft drinks giant Pepsi.

By now, Rangers fans are very familiar with the talent and capabilities of Hagi.

The player can sometimes be unlucky to be dropped from the starting line-up in big games but his significance to Steven Gerrard’s team was underlined most recently in the terrific 5-2 win over Royal Antwerp at Ibrox.

However, the scale of Hagi’s profile in his homeland has been illustrated once again with the Pepsi promo campaign which sees him appear alongside Messi and also Paul Pogba and Jadon Sancho.

For the Romanian market, Ianis Hagi is the main man, front and centre, as far as the advert goes.

With his prodigious talent as well as the legacy of his father, the legendary Gheorghe Hagi, it is clear to see why the 22-year old is basically a national treasure and an icon to his compatriots, who have dearly held, high hopes for the Rangers man and the future of his career.

Rangers imminent league title with Hagi’s prominence will be well received in Romania and even more so, there will be a lot of focus on the Gers remaining Europa League campaign to see how well their boy does.

It’s quite bizarre to see a Rangers player sharing a Pepsi advert with Lionel Messi, I hope Rangers can also take advantage of the commercial global appeal of Ianis Hagi pic.twitter.com/Tor4FVY1pU