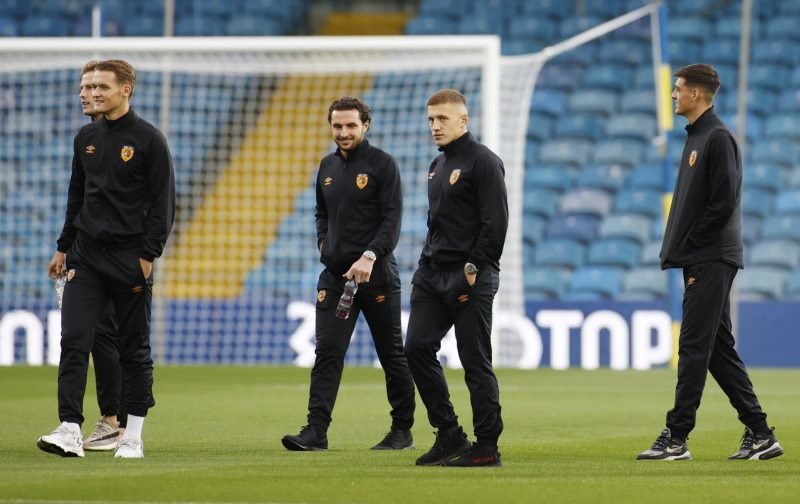 It was the dream move that turned a wee bit sour in the end.

Boyhood Rangers fan Greg Docherty lived the dream but things didn’t quite work out happily ever after.

He felt he had to leave to play games for the sake of his career, rather than hang about on the fringes and be a bit-part player.

For as long as that was the case, Docherty didn’t truly feel part of Steven Gerrard’s set-up and it is a testament to his character that he chose a new beginning of his own at a time when Rangers fortunes are rising.

In a full interview with Jordan Campbell at The Athletic , the player opened up on his joy at the Ibrox move, through to making the decision to move on.

What is clear is that there is a feeling of unfinished business and an aspiration to one day, make amends.

“I could have stayed in Scotland or gone back to Rangers to see what happened but I couldn’t stagnate anymore. I wanted to get control of my career and take charge of it,” said the 24 year old on his options following his most recent loan spell, at Hibs last season.

Docherty’s attitude, application or fitness was never in doubt. This is not something that can be said of all players. It was just a case that he didn’t quite fit into Gerrard’s plans and was never given a sustained run because of that.

He continued, “In the pit of my stomach, it irks me that it didn’t work out as I felt I could play at that level and wanted to show it if I had been given more opportunities. Now it’s about proving that I can play at a high level and build myself back up again and it’s about making up for lost time.”

“It’s almost like you’ve got that dream but then someone has taken it away from you. You feel like you’ve let people down and you start questioning yourself but you’ve got to remember that football is a game of opinions. I’m better for understanding that now. As much as you might want something, a manager might just prefer another route.”

The current Hull City player was philosophical when reflecting on the highs of playing for Rangers as well as the reality of what unfolded.

“My first start at Ibrox when we beat Hearts and I got an assist, it just felt in that moment that a lot of my hard work had got me to where I had wanted it to get me to. I know it’s cliched but walking out the tunnel in that first start was just something I had always wanted. Then you see your family in the stand and get to actually celebrate a Rangers goal on the pitch.” 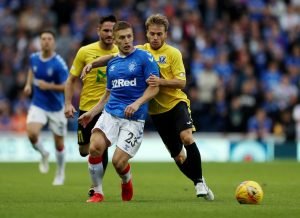 “It’s difficult to be like, ‘I’ve got no hard feelings’, but ultimately it just didn’t work out. Do I really want to be the guy who was part of a winning squad but wasn’t really there? That’s not me. In two years I might have had to take a move looking downwards rather than one like now where I’m looking to go up again.”

Docherty has made a positive start to League 1 life under Grant McCann at Hull City, with 18 league appearances and two goals so far. The Tigers are roaring and in contention for promotion to the Championship, which is definitely within their reach.

Now settled after a permanent move and playing regularly, the player should flourish.

There is a great desire within Greg Docherty to succeed and the majority of Rangers fans will be wishing him well to go on and fulfil his potential.