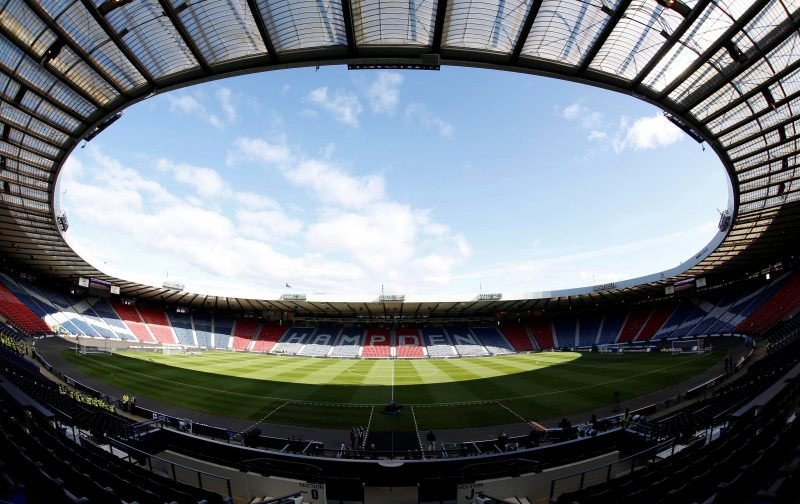 Scotland’s SNP Health Minister Humza Yousaf today spoke out in defence of plans to continue with the arrangements for fans at Hampden for the EURO2020 games as well as the organised fanzone at Glasgow Green.

The much maligned Yousaf wasn’t exactly convincing given recent events and the situation in Glasgow which meant that NO fans could attend the recent Scottish Cup Final between St Johnstone and Hibs.

Glasgow just came out of Level 3 restrictions last weekend but lo and behold, with the UEFA EURO circus in town, all of a sudden, crowds can access the games and fanzones are permissible with mitigations able to be included.

There isn’t even logic or consistency in terms of the data and figures involved, in relation to coronavirus.

Here is your first look at tomorrow's front page, which leads on the decision to go ahead with a Euro 2020 fan zone for 3000 people, causing outrage. #scotpapers #TomorrowsPapersToday @hendopolis pic.twitter.com/l1tRhRGXuT

Meanwhile, Yousaf stood behind the proposals, claiming that the plans are manageable and in line with the current situation.

As told by the Herald, today:

He added, “I understand the concerns that some have expressed, especially in light of the hard sacrifices that everyone has made.”

“The proposal for a fan zone is not about prioritising football over other things – it’s about seeking to cater in a safe a way as possible for fans who want to watch the matches.”

“However, I want to give an assurance that these decisions are made carefully with full account taken of clinical advice.”

“In the case of the fan zone, it will provide an outdoor, highly regulated space for fans to watch the tournament.”

‘Mr Yousaf stressed that although 3,000 people will be able to gather on Glasgow Green each day during the event, the fan zone is taking place “in a large outdoor space with a normal capacity for up to 80,000 people”.

“The situation with the virus, the application of necessary mitigations and the actual experience of the event will be monitored on an ongoing basis.”

Does anyone actually believe this nonsense?

From the Rangers celebrations to Scottish Cup final, where is the logic and consistency against data and figures.

It is all about political expedience and Scotland's 'image' under the spotlight of the Euros. https://t.co/3mZm4XIw5K