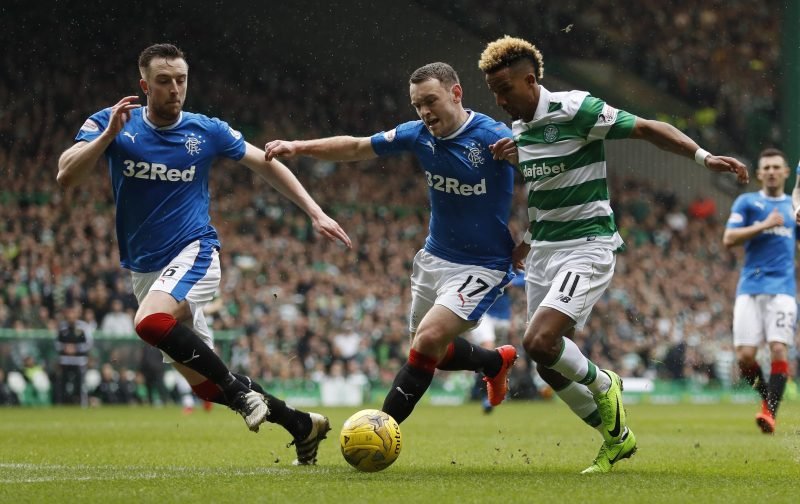 With the confirmation of Rangers defender Lee Hodson’s loan switch out to St Mirren for the remainder of the 2018/19 campaign, reaction to the news on social media was certainly lively.

The 26-year-old headed to Ibrox as a free agent back in the summer of 2016 after his deal with English side MK Dons came to an end, and in his time with us he has only made 23 starting appearances, with a further four showings from the substitutes bench. He did return one goal in the game against Aberdeen where we secured victory back in December 2016.

It’s fair to say though he wasn’t overly impressive, even if he put the effort in for many, and he didn’t really win over the crowd and following the appointment of manager Steven Gerrard plenty were hoping he’d be one of a number of players to move on.

The 24 capped Northern Ireland international has completed his move to St Mirren and I would think the likelihood of a return would be slim really. If he gets decent game time and impresses, a number of clubs should hopefully snap him up.

There were sections of the ibrox crowd who wanted him playing of Tavernier a year ago. He had a stinker at Rugby Park and never recovered. He's played well for N. Iron in Germany. He'll do a good job for you I think.

That’s them sealed relegation then

How much are rangers paying st mirren for them to take him?

We should only sell him to them to get him off our books.

Should not be helping Alan Stubs in any way shape or form after the whole Scott Allan saga… some will say it's not "helping" him but clearly it is .

Why are we loaning / sell sell sell

It’s better for all parties that he gets game time to encourage a move as he’s clearly not in Gerrard’s plans so at least this saves some money and helps rebalance things on summer spending even if it’s not exactly ideal.

If he does well, we should benefit one way or another.