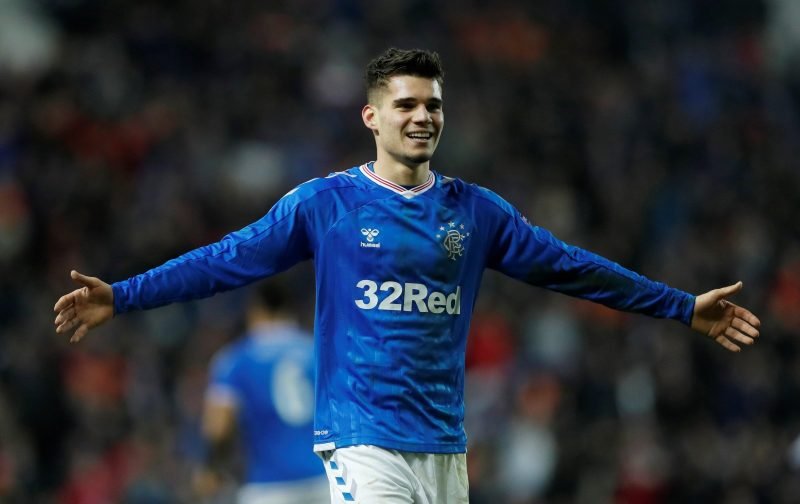 BREAKING | “Ianis Hagi’s future is sealed. The player made his decision!” The latest on Ianis Hagi’s permanent move to Rangers #RangersFC https://t.co/dY9xIkOsaY

Much has been made of Hagi’s future in recent weeks with there said to be no shortage of suitors should the Ibrox club decide not to take up the £4million exclusive option to buy that they had inserted into his loan deal when he arrived from Genk in January.

Lazio have been the most prominent club to feature in the speculation but will have to wait their turn with Rangers having first refusal on the 21-year old Romanian international.

Hagi had been one of the few players in a Light Blue shirt to stand up and be counted in 2020 and certainly looked as though his creativity and ability to lead the attack had done enough to earn a permanent deal – something the player has said he is happy to sign.

Rangers fans responded to Rosu’s Tweet, excited that there may finally be some good news in the current shambles that is life in the SPFL.

Judging by the responses to the post, it appears that Rangers fans are excited about having the playmaker return to Ibrox in the hope that there will be more moments like the ones he produced against Braga and Hibs when he famously dragged his side to victory.