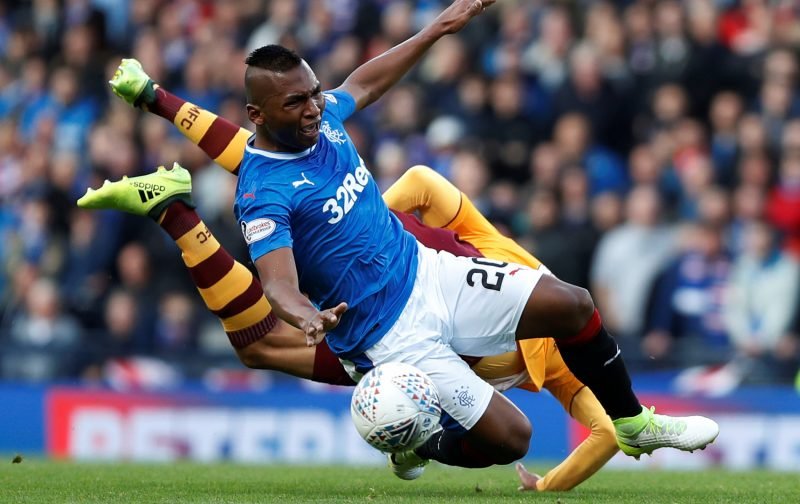 Manager Steven Gerrard was holding his pre Maribor press conference earlier today and he had good news when it came to Rangers’ appeal over the red card shown to striker Alfredo Morelos in the clash against Aberdeen.

????️SG: Thankfully Morelos is available for us at the weekend as he is a big player for us.

The 22-year-old was sent from the pitch in the 12th minute of the game for kicking out at Scott McKenna despite being barged twice which conveniently went unnoticed. Plenty of fans accept he had a bite but given the barge, he was off balance anyway and that should’ve come into play as it was never a straight-laced swing.

Certainly not to the degree of some commentators protestations.

In any event, Gerrard had confirmed we would make a decision on an appeal and we subsequently lodged one, and it has been successful with the appeals panel rescinding the red. Morelos will come back into contention for this weekend’s clash against St Mirren at Ibrox and we can no doubt look forward to some fans claiming it’s a conspiracy to help us!

About time @RangersFC dealt with this in a professional manner. In my opinion we should go down the Celtic route and demand answers! If it leads to referees striking again,then so be it. We as a support have had enough ????????

Can they give me the winnings on my bet too.

Clancy should be banned now Instead

now can we have a proper statement on officiating please. How many Reds is that now rescinded in the last year?

Should never have been a red card to start with. On the plus side Morelos available for Sunday ????

How many times will refs send players off wrongly before they get told to brush up on the rules?

Looking for any excuse to send rangers players is not in the official rules, however much opposition fans think it should be.

End of day cost us 2 points.

This cost us a lot of points last season and now in the first game this season.

Glad to hear it’s been rescinded. However doesn’t make up for the fact that yet again the total incompetence of the refs has cost us 3 points ???????? time the SFA take a good look at the refs

Obviously, as Gerrard also stated post-game, conversations have been had with Morelos about his future conduct and not seeing the red mist but instead channelling that into his performance.