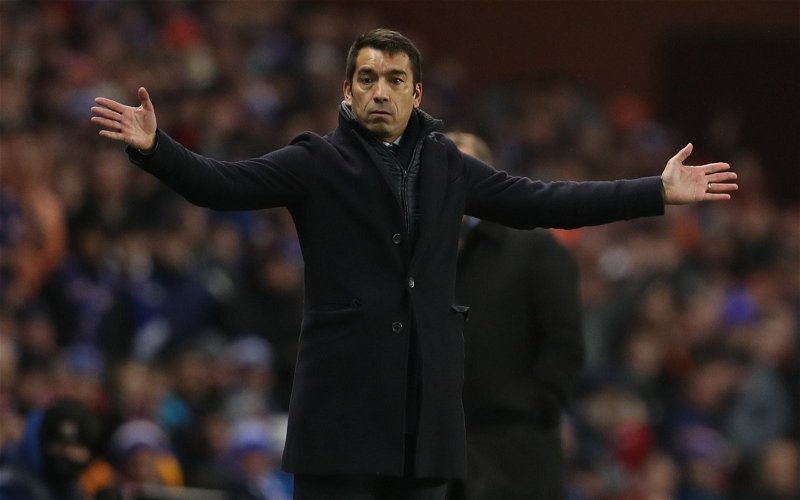 Giovanni van Bronckhorst has expressed his opinion on what he feels should be done in order to assist officials in Scottish football.

At Rangers press conference earlier today, ahead of the Premiership game against Dundee tomorrow, a question was put to him in regard to the potential introduction of VAR in Scotland to which he responded emphatically.

“I’m for VAR. You can have situations in games when it is very difficult for the ref to see – to make decision so VAR is there to help, which is very important, ” stated the Dutchman.

Surely it will be just a matter of time before there is the introduction of an element of VAR in Scotland? The alternative is to be left behind and to let moon howlers and conspiracy theorists continue to peddle their nonsense in relation to certain decisions made by officials during games, including prominent former players of certain clubs.

By bringing in the video assistance that we see in other leagues, referees will be helped, it will take some pressure and expectation off their shoulders and more correct calls will be made – it is only a matter of will for the SFA as the money can be found – certainly Rangers are ready to approve its go-ahead.

If VAR can be introduced for next season, it would be a positive for the domestic game in Scotland and few would be able to put up a serious argument against it.