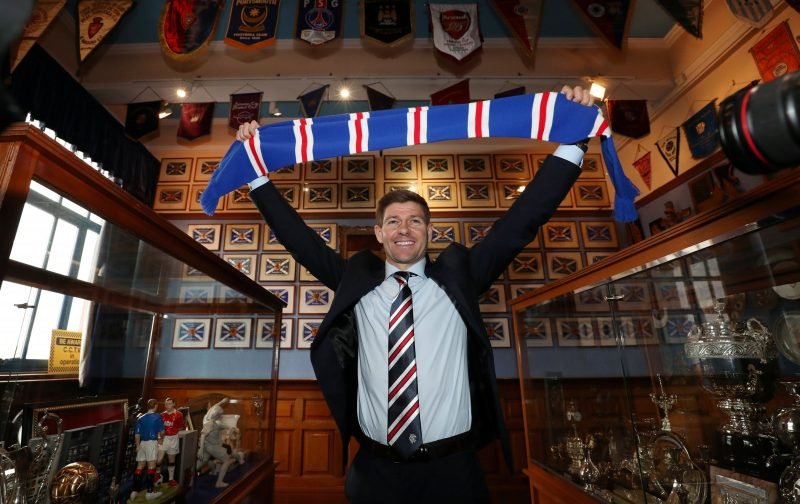 Rangers have been tipped to finally overcome Celtic at the top of the Scottish Premiership by former Light Blues hero Derek Parlane, and he has highlighted a source of inspiration for his old side, as reported by The Scottish Sun.

Parlane is well placed to comment on what it takes to dislodge a dominant team having been part of Jock Wallace’s side that stopped their city rivals winning 10 successive league titles in 1975.

So what has Parlane said?

When asked if he believes that Steven Gerrard is the right man for the job, he said:

“I genuinely believe Gerrard has what it takes to stop Celtic’s run of league titles.

“He was never going to be an overnight success given the size of the rebuilding job at Ibrox and the strength of Celtic.

“But he is building something here and I think, in a strange way, he will take inspiration from Liverpool finally getting over the line.

“I’m sure that will provide him with the added motivation, if any were needed, to do the same with Rangers next season.

“It has been a long time since the club were successful. But, like Jock, I feel Rangers have the right man at the helm.”

So is Parlane correct?

There is an obvious elephant in the room when discussing the impact that Gerrard has made since he first joined Rangers – the lack of silverware – but there are clear signs of improvement across various levels.

He may draw motivation from his former club and their 30 year struggle to secure a league title having dominated English football for most of the previous decade.

Parlane is right, Gerrard faced a huge task in closing the gap – not only in fixtures between the two sides –   with the Parkhead side battering Rangers on more than one occasion, but also in the table as they cantered to the league season-after-season.

Stellar performances in the Europa League and in Old Firm fixtures demonstrate the quality of squad that he has at his disposal but his side needs consistency to match and surpass a team that dropped points on just four occasions all season, before it was called to a halt.

By targeting players who will add strength to the first XI, Gerrard could yet write his name in another of British football’s powerhouse’s history books by becoming the man who delivers – what could be – the most celebrated title in the club’s long and illustrious history.