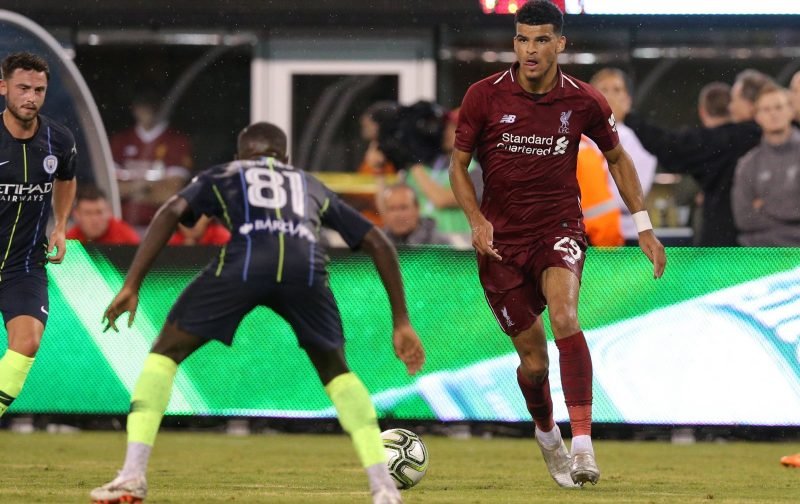 Rangers have not given up on signing Liverpool forward Dominic Solanke this summer, with fresh reports suggesting that Steven Gerrard is confident of bringing the player to Ibrox before the end of the transfer window.

The Mirror’s English deadline day live page (Thursday 9th August, 05:31am) delivered the bombshell, months after the player was first linked with a move to Scotland.

The paper reckon it would be a loan basis only considering his status in the Liverpool squad, but having struggled to get regular starts under Jurgen Klopp, a temporary switch to Rangers could be great for his confidence.

Solanke has scored just one competitive goal for Liverpool, which came on the final day of the English Premier League season against Brighton, but has been a consistently used substitute for Klopp’s outfit, suggesting he has the quality to make an impact in the Scottish Premiership.

At 6ft 2in tall, he would provide a different kind of threat in the final third to Alfredo Morelos, giving Steven Gerrard different options for different occasions.

Morelos has started the season excellently, but Solanke could add real depth and quality to the position with just Umar Sadiq currently available to step in.

Rangers are clearly on the hunt for another striker having been linked with moves for two Bosnian international forwards this week, but Solanke could be the known quantity that Gerrard wants in the final weeks of the window.

Do you want the club to sign Dominic Solanke? Let us know in the comments…