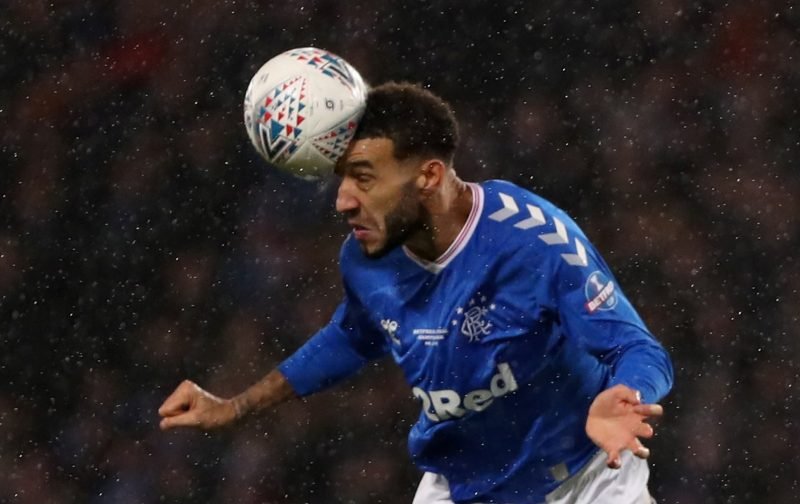 This is the news that all Rangers supporters were waiting for and it has been duly delivered.

Manager Steven Gerrard confirmed at today’s pre-match press conference that Connor Goldson will be available for selection against the French side in the Group A opener tomorrow evening.

With the injury to Fil Helander and Jack Simpson unavailable, this is a critical boost for the Scottish champions.

The news was relayed by Josh Barrie of the Rangers Review, on duty at the presser ahead of the Europa League curtain raiser.

🎙️ SG: Connor Goldson comes back and is available for tomorrow, I am confident we have cover and will manage despite being disappointed Filip is missing.

We are having discussions to get Ianis (Hagi) back as soon as possible.

The current situation means that Goldson and Leon Balogun are almost certain starters as well as swerving a selection headache.

If Goldson wasn’t available, various permutations had been mooted including Calvin Bassey at centre-back or even captain James Tavernier moving inside and Nathan Patterson taking the right-back berth.

It looks like all of that will be avoided and a familiar pairing will line up in the heart of Rangers defence for a very tough game against a quality Lyon side.

They will miss Moussa Dembele, but Xherdan Shaqiri is part of their travelling squad – despite earlier reports that he woud be ruled out because of vaccine related matters.

The stage is set for a another cracker under the lights at Ibrox – kick-off is at 8pm on Thursday.