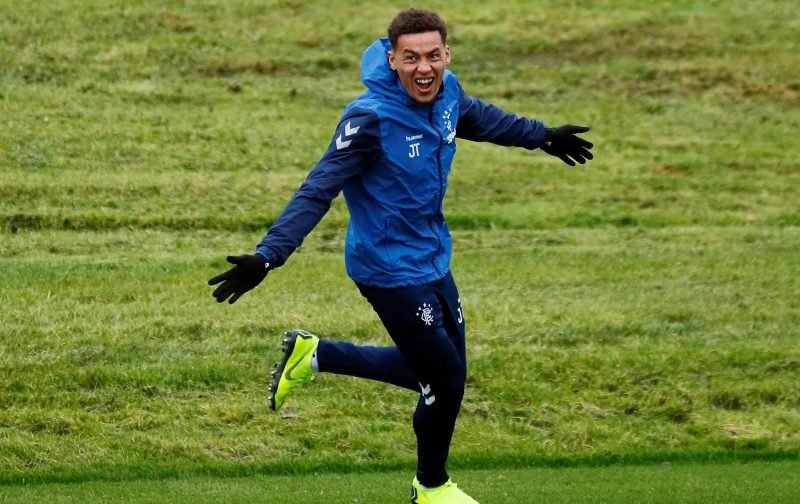 Rangers skipper and fullback James Tavernier may get a mixed reaction in the Ibrox faithful given his defensive efforts, when compared to his attacking prowess, but manager Steven Gerrard continue to rely on the 28-year-old heavily and Soccerbase already have him tagged with 35 appearances across all competitions this year, but he has only chipped in with three goals which is far below his more normal standard.

In any event, the defender was taken ill as we made our return from the warm weather training camp out in Dubai and speculation had suggested that his appendix may have burst, and he would subsequently miss a large portion of the remainder of the season as he recovered.

Quoted by Sky Sports earlier today (Thursday), Gerrard explained that although he had suffered some ‘discomfort’, the problem was no where near as bad as originally speculated and he would only miss the next fortnight.

“We had a problem yesterday with Tav. I know there are some rumours circulating he’ll miss six weeks or a couple of months but they aren’t true. He’s had a little minor procedure around his appendix which we sorted out yesterday – it went really well so he’ll be missing a couple of weeks. It’s good news but no one wants to lose their captain for one game never mind a couple. He was totally fine in Dubai, flew back, had a day off, and the morning we were about to come in he had abdominal pain. He called the doctor, thankfully we’ve got one of the best doctors in the business who sent him to a specialist.”

Maybe not the greatest preparation for the return of the fixture list, but given it could’ve been worse, we have to be happy with a fortnight.