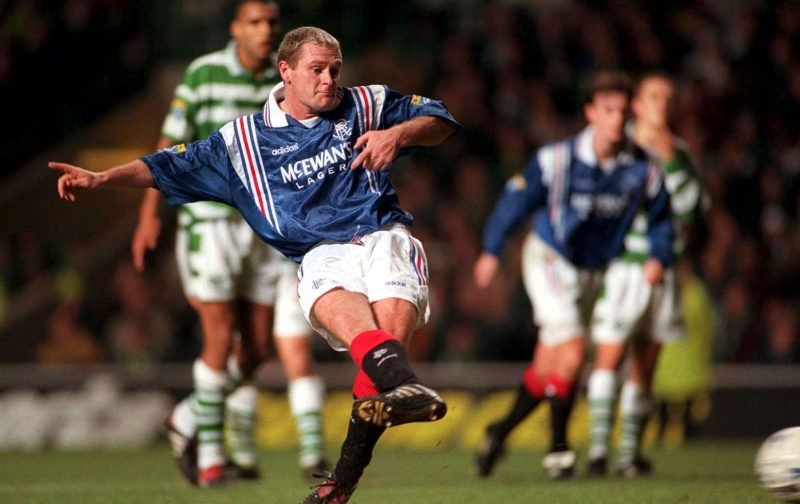 This is one of those clips that you just can’t help but smile at.

The inimitable Paul Gasgoigne doing what he loves best – having fun.

Gazza – the flawed genius – has had and still lives with many issues in his life, indeed retiring from football came at a huge price as it left a huge void that could not be filled.

When he wasn’t in action on the pitch, the England legend was a renowned joker, a serial prankster and he found good company at Ibrox with the likes of Ally McCoist, Ian Durrant and co.

On this occasion, the official team photo shoot of the 1997/98 season – Walter Smith’s final term of his first spell in charge and the Gers unsuccessful quest for ten in a row – Gazza was at his best with Ian Ferguson the unsuspecting victim.

The video speaks for itself.

Boredom and nothing to do had consequences when Gazza was involved – enjoy!