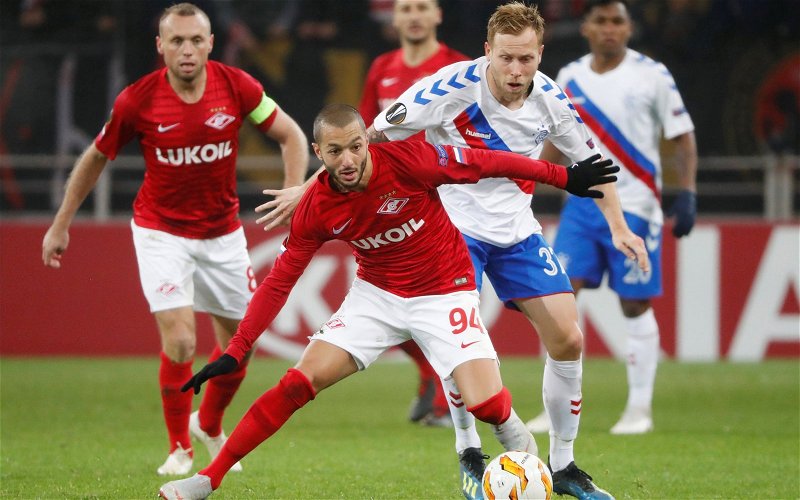 Back in the 2018/19 Europa League, Rangers had two very keenly contested encounters with the Russians.

A double header was played out on matchdays three and four.

A scoreless draw at Ibrox was followed up by Rangers somehow losing 4-3 in the away leg despite dominating in the first half and an Alfredo Morelos goal that was wrongly disallowed that would have sent the Gers into half-time with a 2-4 cushion. Alas, was not to be!

Today, on their English language Twitter account, Spartak announced that they were off to Dubai for some warm weather training. Fairly standard stuff, or so it seemed.

We’re off to Dubai ✈️ pic.twitter.com/reh0GeyQcD

That all changed upon arrival in the UAE as the Spartak account aimed a joke at the expense of you know who, thanks to their world renowned implosion.

Again, the blue side of Glasgow was very amused, as told by Twitter

@empireFF – ‘Straight to the pool for some well earned pints’

Things you love to see.