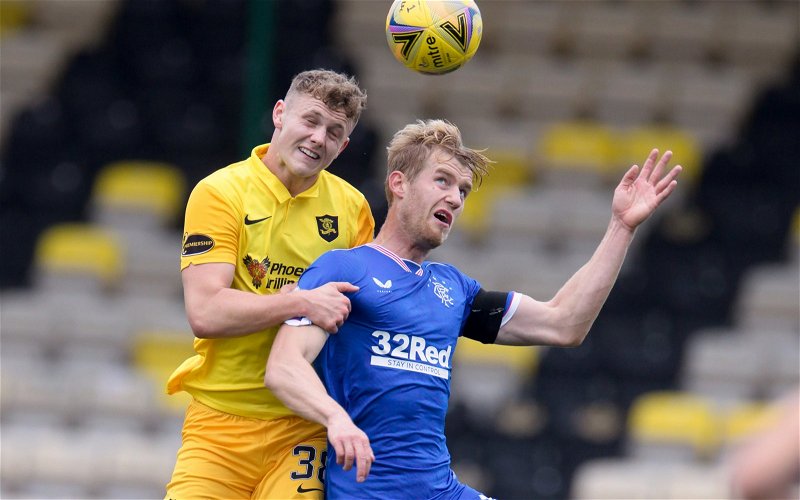 Steven Gerrard has yet to have a fully fit squad to choose from and has been without key players every week since the first ball was kicked, against St Johnstone it was Connor Goldson, Ryan Jack and Ianis Hagi.

The most pressing concern is that Filip Helander appears to have joined that list after landing awkwardly on his knee, the big Swede having to be stretchered off, Gerrard later commenting in his post match interview that early signs don’t look good.

Goldson is “only” isolating due to Covid-19 regulations, however, we have a huge game against Lyon on Thursday night in the Europa League and won’t be able to call up Jack Simpson to the squad which leaves Leon Balogun as the only recognised, senior, centre-half.

Gers fans took to social media with Helander injured, worried about how long the Old Firm winner will be out for.

Strange decision making by the manager then, surely we havent gone with only helander Goldson and balogun as our senior centre backs, I know there will be a few of the young boys in the squad but that is just to make up the homegrown numbers

Get the magic sponge for Helander

Hopefully Helander isn’t as injured as he looks. Will be a massive loss if so.

Helander is a key component of the Rangers defence, he was unlucky a couple of times against St Johnstone – especially for their goal and when he got injured – in that he got a foot in, made contact with the ball but the break went against him, hopefully he has only jarred his knee rather than suffered any long term damage.