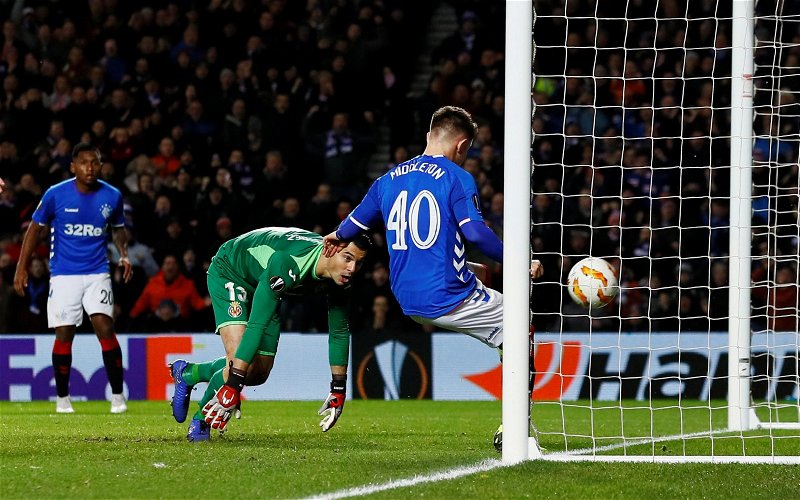 Last week, the Daily Record reported that Rangers wide man Glenn Middleton is set for another loan, with clubs in the Netherlands said to be interested.

It was stated that NAC Breda and ADO Den Haag are the clubs in contention.

Following disappointing loan spells last season at Hibs and Bradford, Middleton is in need of regular first team football and further development in order to be a serious contender as a regular in Steven Gerrard’s squad.

Vital Rangers spoke to Dutch football journalist Jan Willem Spaans to get the lowdown on two potential destinations in the Netherlands for the player.

He stated, “The obvious difference between the two clubs mentioned is that ADO (Den Haag) play in the Eredivisie (Dutch top flight) wheras NAC Breda are currently in the second tier.”

ADO are second from bottom in the relegation zone at present, with NAC pushing for a promotion spot in the league below.

Spaans continued, “I would suggest that ADO would be in need of fresh blood up front and Middleton would be an option. NAC are pretty well stocked going forward and it would surprise me if they were going for reinforcements in that area of the pitch.”

“Given their position, ADO could really do with a few new players and they have a tendency of making January signings.”

In season 18/19, the man Rangers signed from Norwich burst on to the scene and enjoyed six appearances in the Europa League group stage where he made an impact, including his first half goal in the 4-3 loss against Spartak Moscow in Russia. 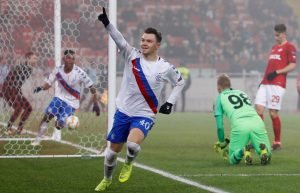 His progress has stalled since then and after the unproductive loans last season, Rangers and Middleton will be aware that the next move is crucial.

So far this season, the ex-Norwich man has only featured once, as a substitute, in Steven Gerrard’s team. That was in the League Cup tie against Falkirk when a number of fringe players featured.

Middleton was deployed in a more defensive role and in his post match comments Gerrard praised the player to provide some hope that he can still have a future at Ibrox.

As reported by FourFourTwo, the manager said,  “Glenn has been on loan and had injuries but he has been back within the group for four or five weeks now. He has been working hard and playing for an opportunity.”

“We think he can do left-back, left-wingback or left-wing and it was a strong cameo from him.”