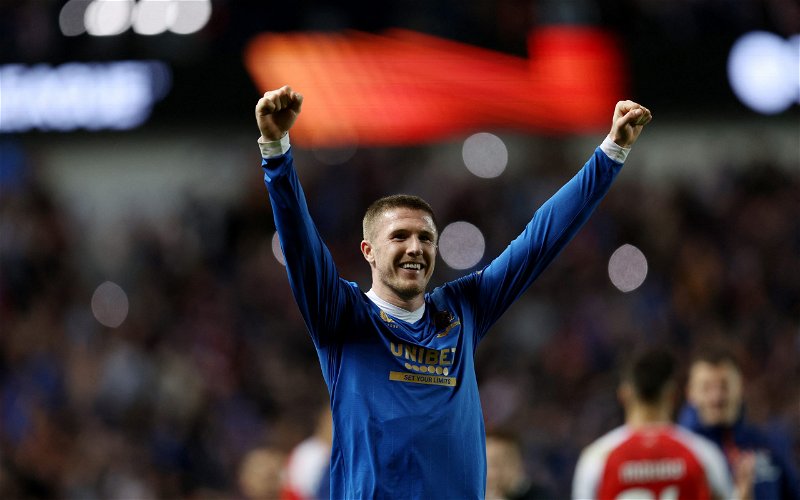 This is great news – the Europa League Final will be available to watch for all Rangers fans and everyone else, free of charge.

The update comes after recent years that BT Sports have carried the same initiative with the showdown finals, including the Champions League showpiece not being restricted to subscribers.

It was confirmed earlier today with the following details:

“BT Sport is making the 2022 UEFA Champions League, Europa League and Europa Conference League finals available for everyone in the UK to watch whether on TV, online or on mobile.”

“All three finals will be available for free at btsport.com/final, via the BT Sport app for small and large-screen devices, including PlayStation, Xbox, Samsung smart TVs, Apple TV, Android TV and Amazon Fire and on the BT Sport YouTube channel.”

The statement from the broadcaster provided all the information which will be of particular benefit to families and those not usually able to obtain paid-for sports channels.

All three finals can be viewed for free, as above.

Rangers will face off against Eintracht Frankfurt at the Ramon Sanchez Pizjuan Stadium, home of Sevilla FC, next Wednesday with the kick-off at 8pm UK time. Those at home will roar on their team in addition to the tens of thousands who will be making the trip to Spain.

Both those with tickets as well as even more without tickets were updated with important information earlier this afternoon on matchday arrangements in Seville, with further to follow in relation to the Cartuja Stadium event.

No matter where you will be, this Europa League Final is not to be missed.