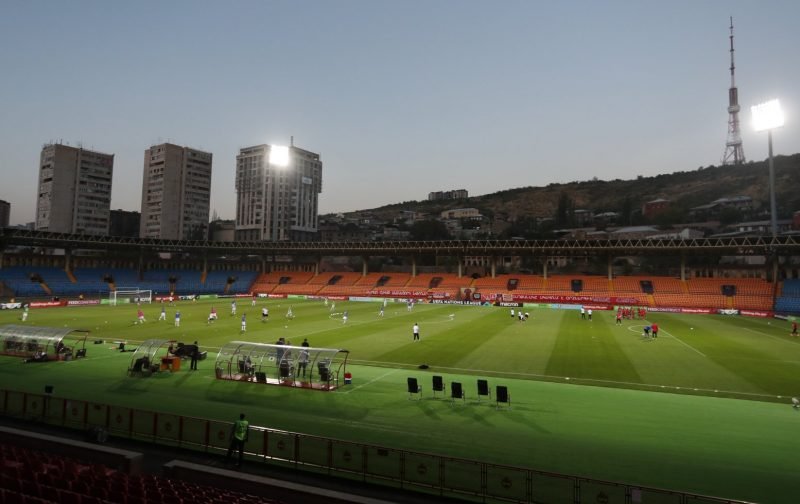 Some concerned Rangers fans caught a glimpse of Alashkert’s modest home ground after finding live stream coverage of their 0-0 draw with Sevan in the Armenian premier division, on Monday.

Given that the state in the Caucasus is a developing nation, it is obvious that all of their infrastructure and facilities will not be up to the regular standard that we are accustomed to in the West.

Stadion Nairi, with a capacity of just under 7000, is the home of Alashkert but this is not the venue that will host Rangers and their latest UEFA competition fixture.

Alashkert are playing just now at, what appears to be, Dumbarton Road. pic.twitter.com/TBnex1pdaI

Instead, the national stadium of Armenia will provide the backdrop for this important Europa League clash.

To give its full name, the Vazgen Sargsyan Republican Stadium is gearing up for the visit of the Scottish champions and they will find a relatively modern but compact venue.

Those upgrades included a new pitch with a modern surface, work was completed on the VIP sections and a modern security system was installed in order to meet the requisite UEFA standards.

Other improvements were made to the dressing rooms and media areas within the bowels of the Republican Stadium.

Ianis Hagi makes a return to the Yerevan venue after he was an unused substitue for Romania in their 3-2 World Cup qualifying loss to the host nation, earlier this year in March.

In the shadow of Mount Ararat, a modern venue with Armenian flair! pic.twitter.com/rNq0MnKf9X