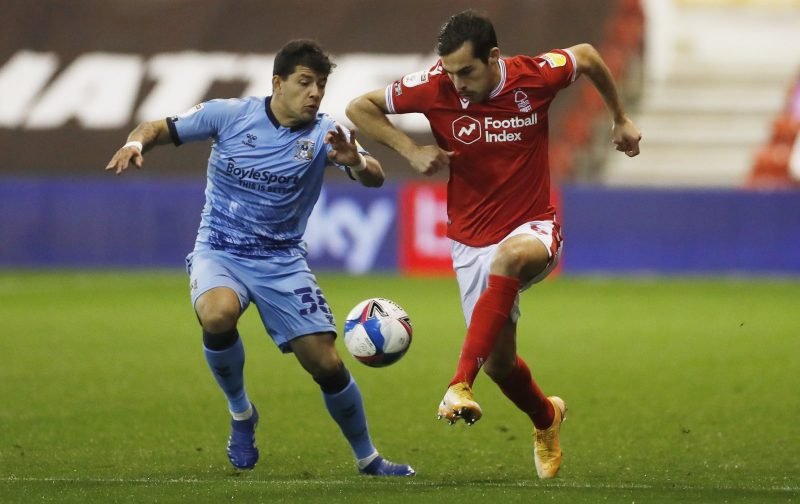 Coventry City’s Dutch-Brazilian midfielder Gustavo Hamer has been linked with a move to Ibrox, according to a report by PA news agency.

It has been said that Rangers are tracking the 23 year old defensive midfielder, who put in an impressive display at Ibrox for Coventry in a pre-season encounter last July.

“The Sky Blues will look to keep the midfielder this month but face a battle to hold on to him long-term.”

The player was born in Brazil but moved to the Netherlands as child where he enrolled in Feyenoord’s youth academy.

After only two appearances for the Rotterdam club, he spent time on loan at Dordrecht before making a permanent move to PEC Zwolle.

In July of last year, Hamer made the move to play in the Championship for Coventry and so far this term, the player has made 19 league appearances with four goals and two assists.

The combative player has also racked up a few cards to date, with five yellows and 1 red, this season.

‘Enjoy him while you can’

That was the verdict on the midfielder from Andy Turner, writing recently for the Coventry Telegraph.

“I have said it before and I will say it again, enjoy Gustavo Hamer while he’s here.”

“The Sky Blues’ undisputed star player once again showed what a superb capture he was this summer with another outstanding performance.”

“The Dutch Brazilian oozes class and quality, from simple one touch passes, often getting the ball out of tight areas, to setpiece deliveries and a wonderful eye for goal that somehow produces results from improbable situations.”