End of the road at Ibrox for experienced international – Departure imminent 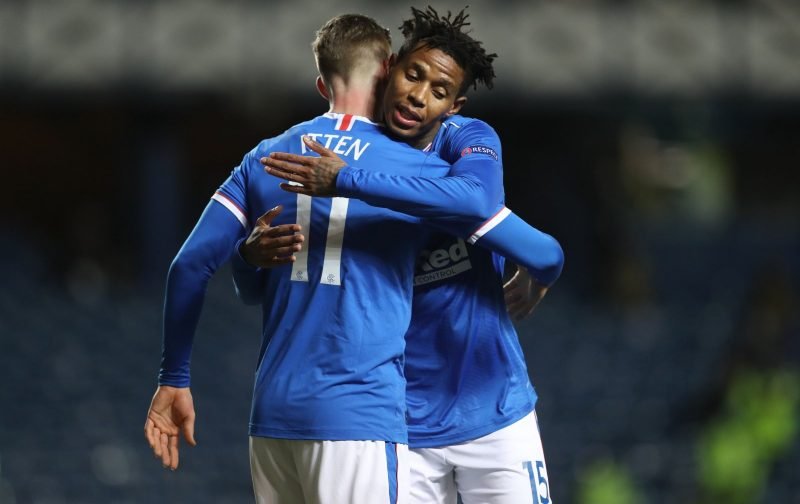 Bongani Zungu is heading for the exit door at Ibrox.

The experienced South African international will be heading back to parent club Amiens, as things stand.

In what is not an unexpected development, the French side’s manager has commented that he will welcome back the 28-year old to their fold.

As reported by the Glasgow Times:

‘Amiens manager Oswald Tanchot has revealed midfielder Bongani Zungu will return to France at the end of his loan spell with Rangers.’

‘The South African made the switch to Ibrox last summer and Steven Gerrard has first option on making the move permanent as part of the loan agreement.’

‘But Zungu won’t be staying in Glasgow for Rangers’ Premiership title defence and a crack at the Champions League after failing to convince in recent months.’

‘Tanchot said: “This season we have used 40 players which is far, far too much. It’s hard to create anything with that turnaround.”

“For next season, we won’t have the services of loan players Molla Wague and Racine Coly who will return to their parent club.”

“But we will have Bongani Zungu back, who has a year left of his contract with us.”

There has just not been enough ability or determination displayed by Zungu to merit Rangers taking advantage of the option on his loan agreement.

The player was deployed by Gerrard on many occasions over the season as a sub late in games to shore up the midfield and give extra cover, across the Premiership and Europa League campaigns.

22 appearances and four starts over his spell.

He didn’t really do much wrong, but part of the problem is that his contribution was very ordinary – nondescript.

Quite simply, he did a job.

Zungu will be more remembered for his start in the League Cup upset at St Mirren as well as his close contact with the ugly racism incident at Ibrox against Slavia Prague when Glen Kamara was abused by Ondrej Kudela.

At present, Zungu is suspended – serving his ban for the much publicised Covid indiscretion meaning he won’t play again for Rangers.

All things considered, a parting of the ways is inevitable.