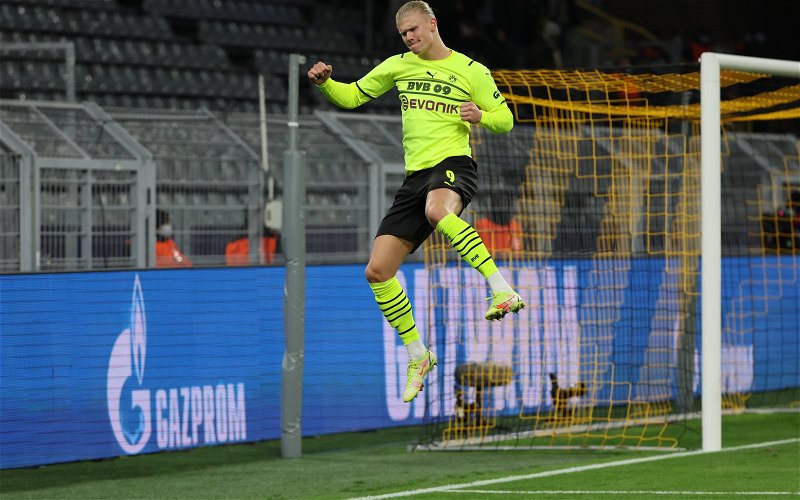 Borussia Dortmund got their Bundesliga season back under way in style tonight with a 5-1 demolition of Freiburg at the Westfalenstadion.

In front of a crowd of just 750 with the famous yellow wall deserted, Rangers Europa League opponents sent out a message ahead of the big clash next month.

Superstar striker Erling Haaland helped himself to a double, as did Thomas Meunier, with Mahmoud Dahoud adding the gloss with the last goal late in the game. Visitors Freiburg pulled one goal back to make the scoreline 3-1 but there was no stopping BVB.

In the Bundesliga, Dortmund recorded some streaky form prior to the Winter break, with a draw and a defeat included in their last five games – they have also conceded seven goals over the same period.

That will give some encouragement to Rangers but there is no doubting the quality of the German side who will go into next months games as strong favourites, underlined by their current second place domestic position, behind Bayern Munich.

The Europa League Playoff round games will be played on 17th and 24th February with the return leg in Glasgow. The aim has to be to have something to play for in front of a sold-out Ibrox in what will hopefully be another great European encounter under the lights.