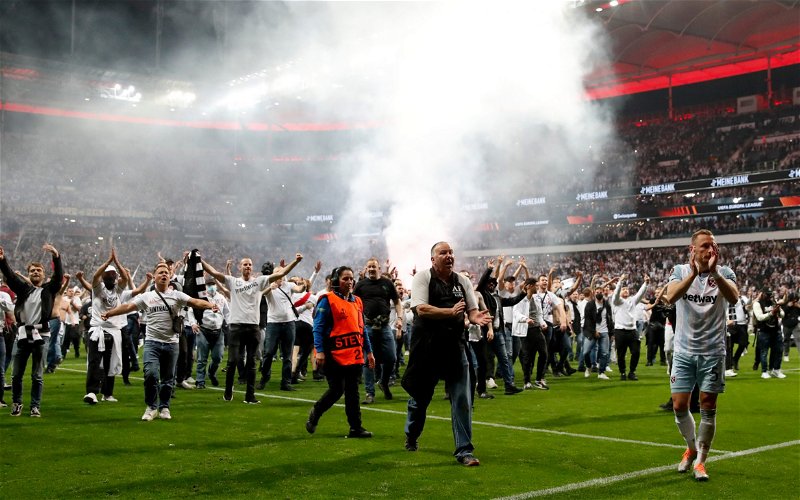 The Austrian witnessed his team record a 2-2 draw in the final game of the Bundesliga season, as he opted to go for a full strength team – there was just one change through injury from their side who played the Europa League semi-final second leg against West Ham.

In the second half, Evan Ndicka limped off as well as Tuta reporting a concern but Glasner was keen to play it down as minimal ahead of the Final showdown in Seville on Wednesday night.

He was reported to have said:

“It’s nothing serious, he (Ndicka) had blisters on his feet, it was rubbing. He had already had problems in training.”

“Tuta also felt something, so we made three changes. Everyone got off well, everyone is fit.”

Eintracht were adamant that they would not make changes and they kept their word, but as we saw with Hearts and Liam Boyce’s injury on Saturday, it is a risky strategy with little to gain ahead of such a momentous game.

The 2-2 stalemate showed Eintracht’s quality in attack but also their limitations in defence. They have finished in eleventh place in the German top flight in what was a very average domestic season, saving their best for Europe and those scalps over Barcelona and West Ham in their unbeaten run to Seville.

Having topped their group, they did not have to feature in the round of 32 and now like Rangers, they are one game from glory. Both teams have fared very well over the two legged ties so this is now all about adapting to the one-off decider.

Both sides will fancy their chances and so they should – the winner takes it all.