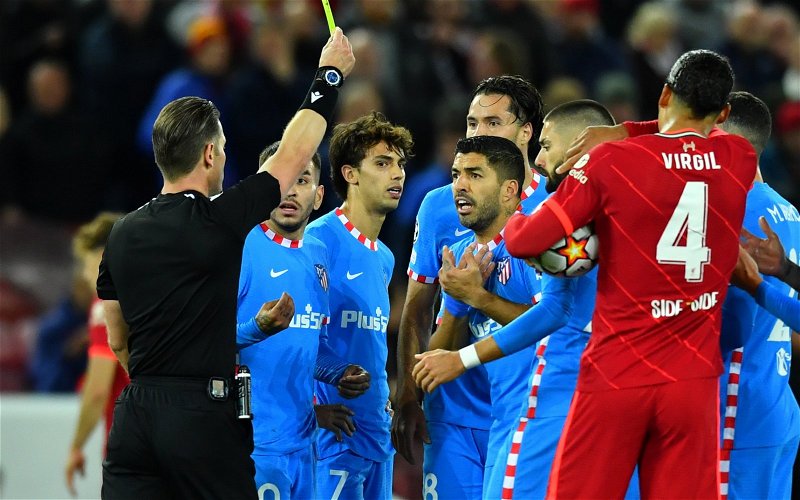 As one Dutchman aims to take care of business by guiding Rangers to three points tonight, another will be in charge of proceedings.

Yes, the referee for the Europa League Group A clash between Rangers and Sparta Prague will be Danny Makkelie – the police inspector, based in Rotterdam.

Both he and Rangers manager Gio van Bronckhorst will be familiar with one another, as well as the Rangers bench having the ear of the East Enclosure side linesman so it will be interesting to see how the officials approach the game.

Earlier this month, Makkelie was the man in the middle at Anfield when Atletico Madrid were the visitors on Champions League duty. On that occasion he dished out a contentious red card to Felipe following a clash with Sadio Mane.

As can be seen below, the Dutch ref is not hesistant to make a bold call – even with VAR waiting to clear up any issues or indecision.

A contentious red card at Anfield! 🟥

Felipe is given his marching orders for this deliberate trip on Sadio Mane… 😳#UCL pic.twitter.com/9xqrALqYdr

That red card shown to Felipe was the only one that Makkelie has flashed, across 18 club games this season, inclusive of 12 domestic games in the Netherlands.

As well as the game at Anfield, he has been on duty for two other Champions League games this term – Inter 3 v 1 Sheriff in October and one month prior, Lille 0 v 0 Wolfsburg.

Tonight at Ibrox, 38-year old Makkelie will be assisted by a full compliment of compatriots in the form of assistants Hessel Steegstra and Jan de Vries. The Video Assistant Referee is Pol van Boekel whilst the assistant VAR is Jochem Kamphuis.

Patrolling the lines in between the two dugouts will be the Fourth Official, Joey Kooij.