‘Done us proud’, ‘Superb’ – Many Rangers fans blown away by how good one player was today at Ibrox 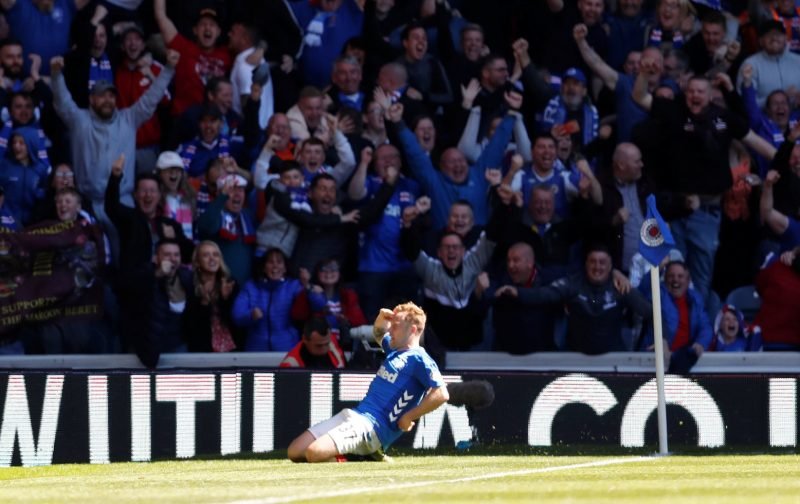 Rangers supporters are celebrating a sixth straight league win after a thumping 2-0 victory in the Old Firm derby at Ibrox today.

Goals from James Tavernier and Scott Arfield ensured the stadium was in party mode throughout the 90 minutes against Celtic, with Steven Gerrard’s side dominating the fixture from start to finish.

It sets the tone for our bid for major honours next season and allows us to head into the summer with some momentum.

The outstanding performer for many was Arfield, who had Scott Brown in his pocket all day. He won every physical battle and on the ball was a composed and classy performer.

His goal was expertly taken too, finishing coolly past Scott Bain after latching onto a Glen Kamara pass.

He’s been a fantastic signing this season and hopefully there’s much more to come next term.

Scott Arfield done us proud here. Absolutely bossing this game. Best player on the pitch today by a mile. Who put the ball in the bastards net…. ????????

What did you make of Scott Arfield’s performance today? Share your thoughts in the comments below…