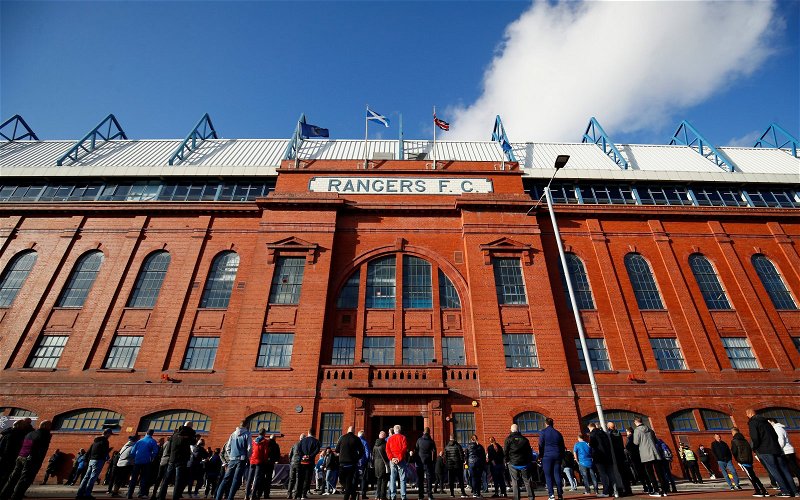 Blackburn Rovers’ striker Tyrhys Dolan is the latest player to be linked with a potential move to Rangers.

The word comes via Talksport’s Geoff Peters who has claimed that the youngster is being tracked by several clubs, following on from a very productive season in the Championship for the Lancashire club.

Amongst those said to be interested, as below, are Celtic and Nottingham Forest.

Dolan recorded four goals and three assists last term in amongst a significant run of 34 appearances in 2021/22. That followed on from a similar three and three in 37 outings the previous season following his move from the youth ranks at Preston in 2020.

Blackburn’s highly rated Tyrhys Dolan is attracting serious interest north and south of the border.
Celtic and Rangers are both keen as are newly promoted Nottingham Forest.
The England Under 20 striker has two years left on his #brfc contract.
Fee could be around £2m-£3m. pic.twitter.com/zcu1vizhYS

That prominence and form has earned Dolan a call-up to the England U20 setup of which he said in March:

“Things are going great for me at the moment and I hope the England call up gives me the confidence to return a better player.”

“I’ve worked hard for it, it’s not been an easy road and it’s nice to be getting the reward for it now.”

It is another name for what will be a very long list of players to be linked with a switch to Ibrox this Summer. Very few of those who feature will actually be in contention, with most coming in from under the radar.

The issue is when both Rangers and Celtic are mentioned in tracking a player, often in turns out a way to drive further speculation, interest or just a ploy by an agent to add noise. That is not something new.

Championship player, still developing, at a young age with two years on his remaining deal at Ewood Park – that isn’t a profile that suggests a move could be imminent, especially with the specific targets that are needed in Giovanni van Bronckhorst’s team in the coming weeks.