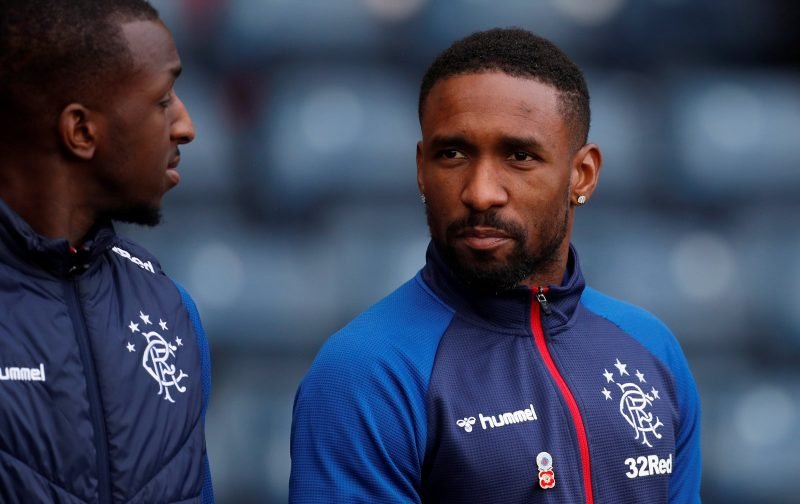 Alan Hutton has responded to Jermain Defoe’s claims on Talksport that next season is more about winning the league rather than stopping Celtic winning 10-in-a-row.

Speaking to Football Insider, Hutton understands the position that the Gers striker is in when answering such questions but believes there will be only one focus at Ibrox next term.

When asked to reflect on Defoe’s comments, the former Rangers man said:

“Oh, in my opinion, it is about stopping Celtic next season. I understand from a Rangers point of view you have to say the correct thing, I totally get that, but now that I’m a fan, it’s about stopping 10-in-a-row.

“I think if you were to ask Gerrard would you want a cup win or whatever or do you want to stop Celtic winning the league, that’s all he would take, he’d bite your hand off for it.

“That’s the main aim, there’s a lot of pressure on them next season, it’s huge, they just have to go out and give their all, they need a full squad of winners who believe they can stop them.”

Absolutely, if it wasn’t for the financial pinch caused by the coronavirus pandemic there may even have been sacrifices made in the Europa League to ensure the strongest XI is available for domestic duty.

The biggest problem that Steven Gerrard has is that he hasn’t yet won a trophy in his first two seasons in charge and will want to rectify that at the earliest possible opportunity, having to balance this with European competition won’t be quite as arduous this season though with the news that the qualifying stages will feature one-off games with the venue to be decided by a draw.

Regardless of the authenticity of Celtic’s 9-in-a-row, the only way to remove any doubt and totally nullify it is by winning the league next season and in the process, end their dominance of Scottish football – something Gerrard set out to do from day one.