One in, one out at Ibrox but Defoe departs as a hero and a winner 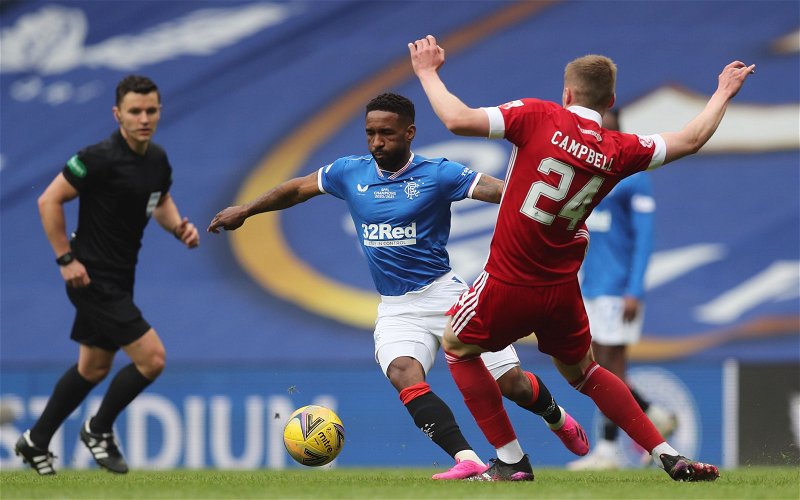 Whilst Cedric Itten returns, Jermain Defoe is about to leave Ibrox bringing a fond three year journey to an end.

The veteran Englis striker made a great impact at Ibrox, on and off the pitch and will go down as one of Steven Gerrard’s best signings.

He will leave with so many memories, from his first goal up at Pittodrie to the wonder first time finish against Livingston at Ibrox, as well as his Old Firm goal and his contribution against Aberdeen on the last day of the season when he scored before lifting the Scottish Premiership trophy.

That will be the icing on the cake for a class act who has been very happy in Glasgow. Rangers got under his skin and in return the club and the supporters got a quality person and player in his twilight.

Jermain Defoe made a very decent impact at the club and was one of Gerrard's best signings.

We got a class act at the tail end of his career and he got a unique experience at a massive club, not available in England.

One of these too… 🥇 pic.twitter.com/WnxNCCUQvm

More recently, Defoe has been doing media work with ITV for England games and most recently on Sunday at the London Stadium on FA Cup duty but he is said to still want to play.

He will not be short of offers for what he can still provide in a limited playing role, as well as off field so he will likely be able to maintain both roles.

With Steven Gerrard’s departure to Villa, the writing was effectively on the wall for Defoe in terms of his Rangers career and the hybrid coaching role that was created for him at the start of the season. With the incumbent Dutch regime, different ideas are now in place and he has only had a couple of late appearances off the bench under Gio.

All good things come to an end and no doubt, Defoe and Rangers has been a very good thing. The mutual appreciation will remain and he will always be welcome back at Ibrox.