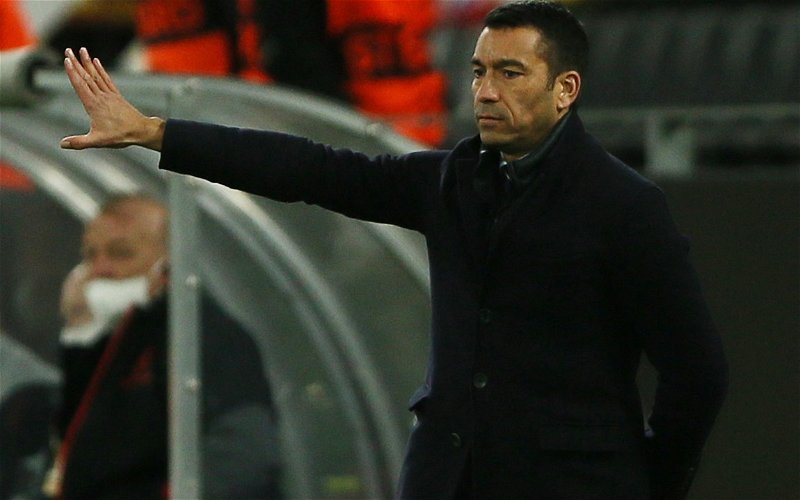 The Rangers team to face Hearts in the last Premiership game of the season has been confirmed with a full first choice side rested for the Europa League Final on Wednesday.

For the game at Tynecastle, Gio van Bronckhorst’s selection is as follows:

On the bench we have almost a full B team of options in McCrorie, Simpson, McCann, Ritchie-Hosler, Weston, McCausland, McKinnon, Miller and Fraser.

It just makes sense, there is nothing to gain from taking unnecessary risks just four days before a momentous, historic game.

Preparations are well under way for the massive showdown in Seville next Wednesday, so the young lads and fringe players can benefit from some time on the pitch.

It also means that you can more or less predict the line-up to face Eintracht, which wont be too far off the team that played Ross County at Ibrox in midweek but that can wait for a few hours.

This game is all about enjoying the moment and getting a look at some players comng through the system at Auchenhowie, as well as the likes of King, Lowry and Devine who will relish getting a start once again.