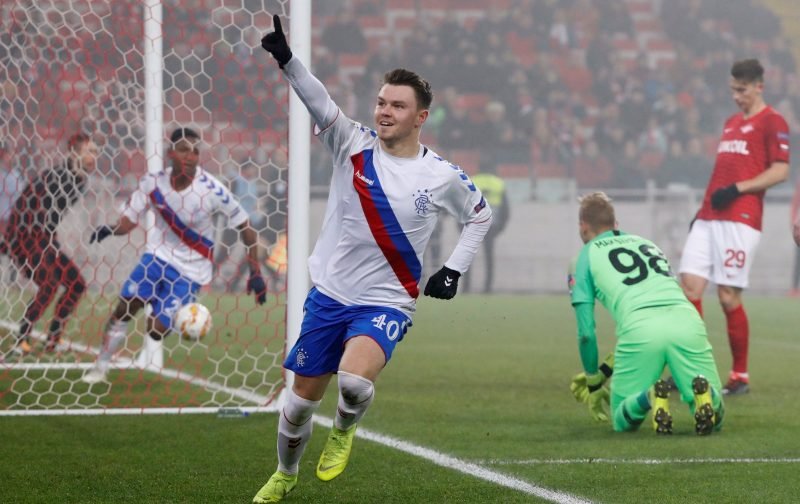 St. Johnstone boss Callum Davidson is hoping to extend Glenn Middleton’s stint in Perth but if not, he plans another loan deal with Rangers.

The Saints boss provided this insight in an interview with The Courier, leaving an intriguing situation ahead over the close season.

After unproductive loan spells at Hibs and Bradford, the move to McDiarmid Park worked out well for Scotland U21 star Middleton, who made a decent contribution toward the Saints excellent double success – earning praise from Davidson in the process, who insists he has what it takes to win a call-up to Steve Clarke’s senior squad.

The player will return to Rangers for pre season but it is fair to say that his future is uncertain.

Here is what the St. Johnstone manager had to say:

“Glenn wasn’t getting first team football at Rangers and he wanted to prove himself.”

“All credit to him for doing that – he stepped up and scored some crucial goals for us.”

“I do believe that if Glenn has a full season with someone and plays a lot of games he’ll go on to do great things and push for a place in the Scotland squad.”

“I’ve spoken to Rangers, who have been brilliant. They’ve been really honest with me.”

“They want him to go back there and they’ll assess how he’s getting on.”

“It’s definitely not one I’d shut the door on.”

“We’ve got a good relationship with Rangers and hopefully, if it isn’t Glenn, it will maybe be somebody else.”